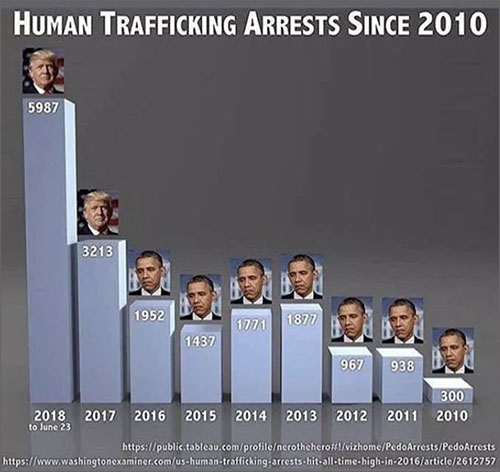 123 missing children have been found and rescued in Michigan in a daring one-day operation by law enforcement, according to the U.S. Marshals.

“Out of 301 files of missing children, 123 were identified and recovered safely during the operation. All 123 children were physically located and interviewed — standard protocol for the Michigan State Police,” the U.S. Marshals Service said in a press release.

“All of the children located were interviewed about potentially being sexually victimized or used in a sex trafficking ring during their period of time that they were deemed missing.”

“Three cases were identified as being possible sex trafficking cases, and one homeless teen was transported back to the command post after it was discovered that he had not had anything to eat in three days,” the statement added.

“Through late June 2018, human trafficking arrests for the year approached 6,000. That’s nearly double the year prior (which itself marked an all-time high), and triple the year before that. Human trafficking-related arrests never topped 2,000 under the Obama administration and were a paltry 300 in 2010,” the Political Insider reported in July.

Trump even declared January 2018 to be “National Slavery and Human Trafficking Prevention Month” ahead of signing two bills aimed at combating sex trafficking.