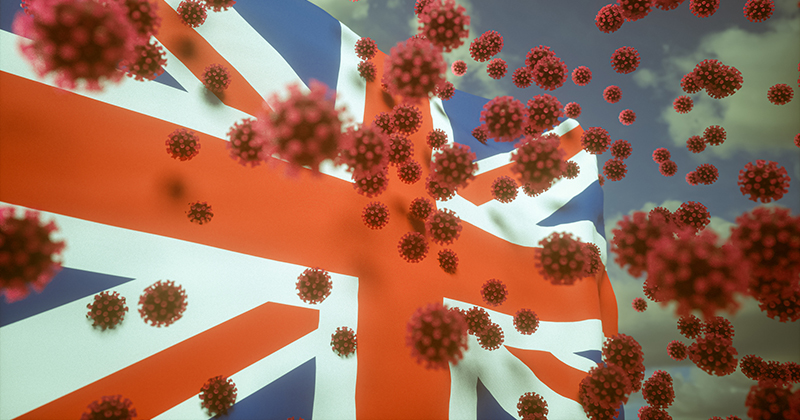 According to a report from Metro, the UK appears to be the only major country in the world that fails to conduct any health screening for foreign arrivals or border closures amid the global pandemic.

The UK’s handling of the coronavirus outbreak has been center of much controversy as police have been seen to exercise what people have dubbed “overreach” as damning footage has circulated social media.

Over 9,000 people have been handed fines for breaching social distancing rules. Police have even become involved with a so-called “racist” slogan that reads, “pubs closed borders open,” referring to Downing Street’s odd method to combat the spread of the global crisis.

The stickers, dubbed “disgusting,” led to arrests being made.

However, addressing the data, Metro writes:

Despite strict rules on the movement of people within the UK, there are no limitations on passengers arriving from outside.

Researchers tracking different government responses to the coronavirus pandemic found this was at odds with policies around the globe. Live data shows the majority of countries have imposed some form of international travel controls in a bid to limit imported cases.

The report continues to outline that the only countries without drastic border restrictions, apart from the UK, are Afghanistan and Papua New Guinea–which both require a health screening before entry.

Of the governments where data on international travel checks was available, the UK was the only country with no measures in place.

Al Jazeera, after studying over 140 countries, found the UK to be the only country failing to apply any restrictions.

When lockdown restrictions ease, UK officials will look at quarantining people arriving to the country.

The UK’s bold border policy has been widely criticized. Now, the UK’s death toll is the second-highest in the world, behind the USA.