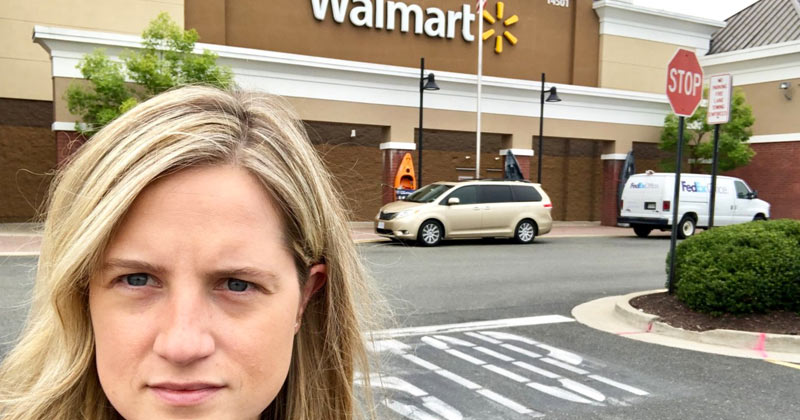 A reporter who attempted to prove it’s far too easy to obtain a firearm in America instead managed to prove the opposite.

Business Insider reporter Hayley Peterson was on a mission to buy a gun from Walmart, but she ultimately failed to do so.

“I went to Walmart with the intention of buying a gun last week as part of an investigation into the placement, selection, marketing, and security of firearms in Walmart’s stores, and to learn more about the retailer’s processes governing gun sales,” Peterson wrote.

“My journey to bring a gun home from Walmart turned out to be far more complicated than I expected.”

The complications started immediately when Peterson tried to figure out which Walmart locations actually sell firearms.

“I searched Walmart.com and Google on August 13 to find out which of the 10 Walmart stores near me sold guns, and I failed to come up with any definitive answers,” she wrote.

After calling several Walmart stores, she was directed to a Bureau of Alcohol, Tobacco, Firearms and Explosives website which lists firearm retailers.

She next tried to visit the Walmart Supercenter in Chesterfield, Virginia, which sold guns, however she was again foiled when a manager told her the employee in charge of selling the guns would not be in for another two days:

“After a few minutes, a Walmart manager arrived at the gun-sales counter. She said I could not buy a gun that day because no authorized firearm sellers were scheduled to work.”

After leaving the store empty-handed, she tried again two days later, traveling thirty minutes to the store, and met with the employee in charge of firearm sales.

As she filled out the National Instant Criminal Background Check System paperwork, Peterson was informed she’d be unable to buy a gun because her address did not match the one on her driver’s license.

Thwarted multiple times, Peterson finally gave up and admitted it’s harder to purchase a gun than she previously thought.

“Overall, the experience left me with the impression that buying a gun at Walmart is more complicated than I expected, and that Walmart takes gun sales and security pretty seriously.”

Peterson’s efforts come as Walmart has faced calls to stop selling guns due to a shooting in El Paso earlier this month that left 22 dead.