Photo by deror_avi, via Wikimedia Commons

The world’s seemingly relentless march toward overpopulation achieved a notable milestone in 2012: Somewhere on the planet, according to U.S. Census Bureau estimates, the 7 billionth living person came into existence.

Lucky No. 7,000,000,000 probably celebrated his or her birthday sometime in March and added to a population that’s already stressing the planet’s limited supplies of food, energy, and clean water. Should this trend continue, as the Los Angeles Times noted in a five-part series marking the occasion, by midcentury, “living conditions are likely to be bleak for much of humanity.”

A somewhat more arcane milestone, meanwhile, generated no media coverage at all: It took humankind 13 years to add its 7 billionth. That’s longer than the 12 years it took to add the 6 billionth—the first time in human history that interval had grown. (The 2 billionth, 3 billionth, 4 billionth, and 5 billionth took 123, 33, 14, and 13 years, respectively.) In other words, the rate of global population growth has slowed. And it’s expected to keep slowing. Indeed, according to experts’ best estimates, the total population of Earth will stop growing within the lifespan of people alive today.

And then it will fall. 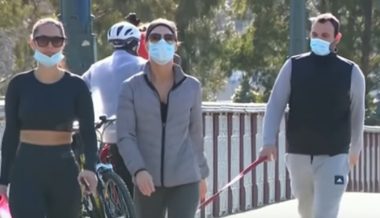