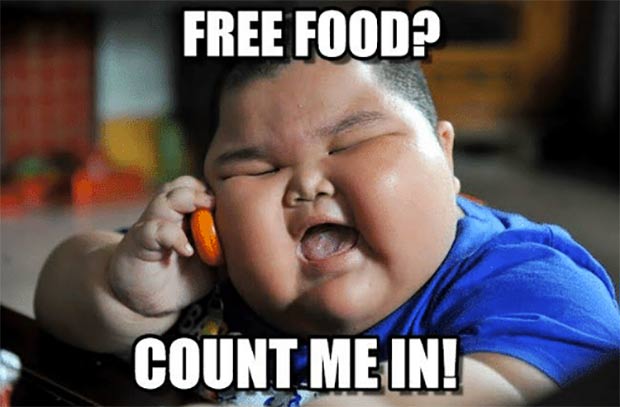 A group of academics have told U.K. lawmakers that Internet memes are making teenagers obese.

According to researchers from Loughborough University, certain memes are affecting young people by making light of dangerous eating habits.

“A substantial number of individuals on Twitter share health-related Internet memes, with both positive and negative messages,” the group said.

One such meme, sent by the team to a British parliamentary committee as evidence of the Internet scourge, shows a morbidly overweight child excited over free food.

Another featured meme, according to CNN, included “a human-like body from pictures of pizzas and hamburgers, with frankfurters used for limbs and a smiley-faced potato for a face.”

“The vast majority of sharers display little, if any, emotion when sharing these memes,” the academics lamented.

The team argued that while some memes “are generally viewed as entertaining,” many fail to “account for the specific needs and rights of teenagers.”

The researchers also suggested that such memes could be a factor in unhealthy lifestyles that “cost the NHS billions every year.”

Teenagers are being encouraged by the group not to just enjoy memes, but to analyze them for their underlying themes.

Whether lawmakers will act on the academics’ concerns remains to be seen.

The news comes just roughly two months after the European Parliament passed a new copyright law that many fears could ban some memes altogether.