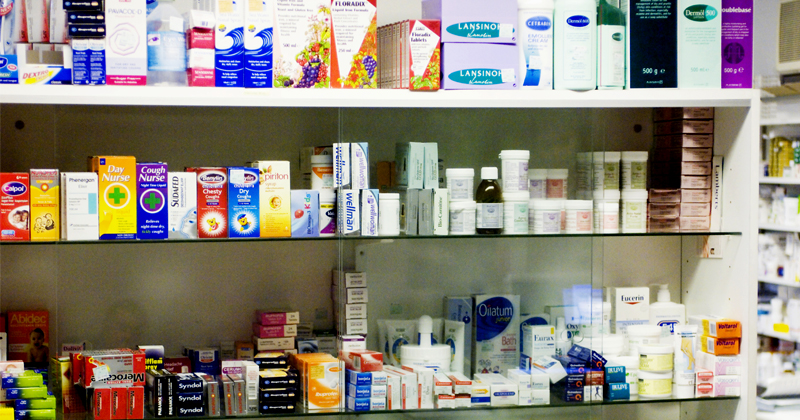 Pharmaceuticals are often developed over a long period of time, and can sometimes deliver unexpected effects — as with aspirin and Viagra.

Drugs are developed with a very specific goal — to relieve pain, lower blood pressure or cure diseases, for example. Yet the development of such drugs is a rocky road. On average, it takes 13 years from idea to approval. Most candidates do not even make it that far.

Despite the lengthy process, there can be positive surprises when drugs that were intended for a specific purpose, later or in combination with other active ingredients, show a different and unexpected effect.

Alex Jones, Mike Adams, and Tom Pappert of National File explore the facts of the pandemic and if the Coronavirus is actually man-made.

Oncology researchers are now focusing on “drug repositioning” as they search for cures for cancer.

The advantages of this approach: The lengthy research and approval processes have been completed and the active ingredients have been found to be safe for medical use. Further development or repositioning is faster, easier and cheaper than with going through the approval process for a newly developed drug.

Researchers at UT Southwestern Simmons Cancer Center recently discovered a drug combination that is designed to stop the growth of cancer cells. In this context, a drug already on the market is expected to counteract resistance to a promising new cancer drug that is currently in clinical trials.

Cancer researchers at the University of Bergen in Norway tested hundreds of different drugs over several years to see how they affect cancer cells. They found that a drug used to fight parasites, like tapeworms and giardia, contains the substance NTZ (nitazoxanide), which acts like a tailor-made medicine against prostate and colon cancer.

“We discovered that this specific substance blocks the signaling pathway in cancer cells and causes them to stop growing,” said Karl-Henning Kalland from the Department of Clinical Sciences at UiB.

It is not often that researchers discover a substance that targets certain molecules as precisely as this one. A recent study confirms the researchers‘ findings with regard to brain tumors (glioblastoma multiforme) — but also points to the need for further investigation.

Tests of thousands of drugs not originally developed for oncology across 578 human cancer cell lines reveals growth-inhibitory effects and provides a way to identify drugs with the potential to be repurposed for cancer, according to a @NatureCancer paper. https://t.co/uyiQuiEgUw pic.twitter.com/up8rlo2R9a

It is often difficult to maintain an overview of current research. This is exactly where scientists from the Broad Institute of MIT and Harvard and the Dana-Farber Cancer Institute come in. They have published a study in the journal Nature Reviews Cancer — the largest of its kind using the Drug Repurposing Hub.

The database currently contains over 6,000 existing drugs and compounds that are either FDA-approved or have been shown to be safe in clinical trials. The drugs are listed with their chemical structure, efficacy and previous applications.

With this study, the researchers have also for the first time systematically examined the entire collection — which consists mainly of non-cancer drugs — for their anticancer properties.

The surprise: The researchers found almost 50 active ingredients that could have a previously unrecognized cancer-fighting effect. On this basis, the development of new cancer drugs could be accelerated or existing drugs could be used to treat cancer in a new way.

“We thought we’d be lucky if we found even a single compound with anti-cancer properties, but we were surprised to find so many,” said Todd Golub, director of the cancer program at Broad Institute and his colleagues.

Not left to chance

“We created the repurposing hub to enable researchers to make these kinds of serendipitous discoveries in a more deliberate way,” said the study’s first author, Steven Corsello, an oncologist at Dana-Farber and founder of the Drug Repurposing Hub.

One such “serendipitous discovery” to which Corsello alludes was acetylsalicylic acid (ASA), better known to many as the active ingredient in the drug aspirin, originally developed as a painkiller. It was subsequently discovered that ASA could prevent heart attacks and strokes.

The discovery of Viagra as a sexual enhancer was also pure coincidence. Originally, the active ingredient sildenafil was to be tested for use against heart complaints and high blood pressure, but during the study it turned out that the active ingredient didn’t live up to these expectations.

Nevertheless, many of the male study participants asked to be allowed to keep the drug after the end of the research project.

In all of them, erectile function had improved dramatically. Due to its unique properties Viagra is reportedly also useful for improving endurance when climbing mountains, or to combat altitude sickness.

In 2016, the news spread that certain chemotherapies worked better when combined with the opioid methadone. This led to high expectations of an anti-tumor effect of the drug among those affected and their relatives.

In response, the German Society for Hematology and Medical Oncology (DGHO) subsequently published an information leaflet for patients, which clearly distinguishes between the “use of methadone in the pain therapy of cancer patients” and its “use as an anti-tumor drug” — i.e. cancer drug. The German Cancer Aid also emphasized in a statement that “the use of methadone as a cancer drug outside clinical studies is not justified.”