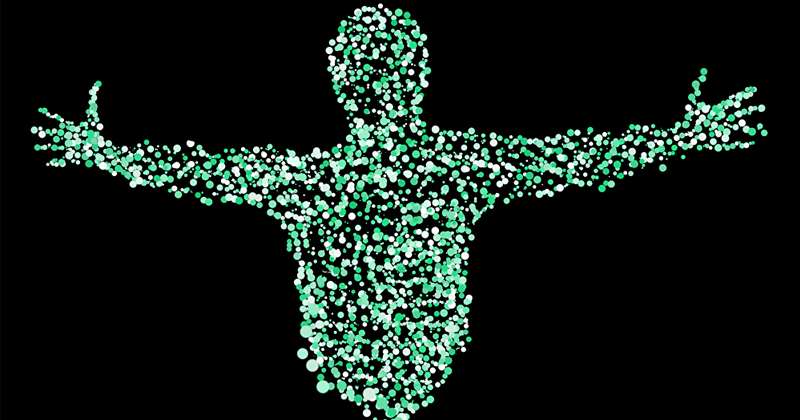 The concept of using microscopic man-made devices for everything from cancer treatment to dislodging blood clots and treating heart disease has been around for quite some time, but only recently have doctors and scientists worldwide begun working to make the leap from scientific theory to practical reality.

Researchers from the Information Technologies, Mechanics and Optics University (ITMO) in St. Petersburg, Russia have developed a new cancer-fighting tool using tiny biological nanorobots created from DNA fragments capable of searching out and destroying some types of cancer cells.

In a recently published article in the peer-reviewed scientific publication Chemistry: A European Journal, researchers explained how their nanodevice can both discover errant cancerous ribonucleic acid (RNA) targets, and cleave onto and break them up to prevent their spread.

“DNA is the basis of the cell; it contains the genetic information necessary to encode the proteins vital for a cell’s existence,” Ekaterina Goncharova, study coauthor and engineer at ITMO’s department of chemistry and molecular biology, explained in a university press release.

“When a cell becomes cancerous, it faces a malfunction in its genome, after which it starts to synthesize ‘bad’ proteins – i.e. not those which our body needs. As a result, cells begin to multiply uncontrollably, this processes becomes impossible to stop, and a tumourous mass grows and grows,” she added.

Mike Adams breaks down the reality of the dangers that come with the coronavirus spreading around the globe.

Accordingly, the scientists say that if the production of these ‘malfunctioning’ proteins can be stopped, cancer cells will be unable to continue dividing and will start to die off.

To achieve this outcome, the Russian researchers have experimented with deoxyribozymes, a type of DNA enzyme which, under certain circumstances, cleave to bonds in RNA which contain the pathogenic proteins.

First Studying the properties of deoxyribozymes capable of recognizing pathogenic RNA molecules and attacking them, scientists at ITMO then synthensized them in a lab environment, thus creating a type of nanobot which can label certain types of cancer cells with the help of luminous molecules, and to destroy them.

“Our DNA-based nanobot consists of two components, one charged with detection and the other with therapy,” Goncharova explained. “The therapeutic component cuts the pathogenic RNA; the more it is cut, the less harmful protein is produced. The second component of the nanobot allows us to detect affected cells. When the presence of the ‘wrong’ kind of RNA is detected in a cell, our tool combines with a oligonucleotide which is artificially introduced into the cell and cleaves it, causing a fluorescent glow.”

Goncharova and her colleagues have tested their nanorobots on the KRAS gene, the molecular ‘on/off switch’ of sorts which uses protein dynamics and is known to be responsible for the pathogenesis of up to 20 percent of human cancers. In the testing, the team’s nanobots successfully discovered the RNA responsible for the synthesis of pathogenic proteins, and were able to successfully destroy it while safely ignoring all other molecules.

Scientists now plan to continue their research, including experimentation on living cells and eventually, animals. Work is also underway at ITMO and elsewhere on the creation of special nano-containers for targeted drug delivery.

According to researchers, their tool’s potential low cost is one of its significant advantages, with the creation of a batch of nanorobots in laboratory conditions estimated to cost just between 1,000 and 1,500 rubles (equivalent to $16-24 US).

Furthermore, the scientists believe their approach has potential for application in the diagnostics and therapy of all kinds of other illnesses, from viral infections to genetic disorders.