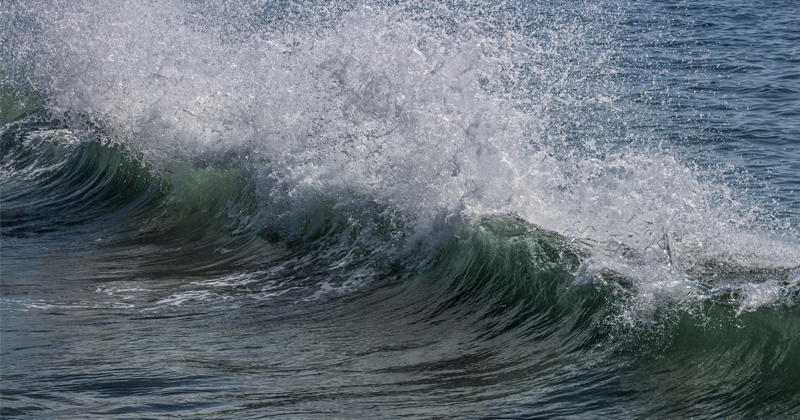 Seawater is one of the most abundant resources on earth, offering promise both as a source of hydrogen – desirable as a source of clean energy – and of drinking water in arid climates. But even as water-splitting technologies capable of producing hydrogen from freshwater have become more effective, seawater has remained a challenge.

Researchers say the device, composed of inexpensive non-noble metal nitrides, manages to avoid many of the obstacles that have limited earlier attempts to inexpensively produce hydrogen or safe drinking water from seawater. The work is described in Nature Communications.

Zhifeng Ren, director of the Texas Center for Superconductivity at UH and a corresponding author for the paper, said a major obstacle has been the lack of a catalyst that can effectively split seawater to produce hydrogen without also setting free ions of sodium, chlorine, calcium and other components of seawater, which once freed can settle on the catalyst and render it inactive. Chlorine ions are especially problematic, in part because chlorine requires just slightly higher voltage to free than is needed to free hydrogen.

We go back in time to reflect on how the establishment told us we would not survive because of climate change.

The researchers tested the catalysts with seawater drawn from Galveston Bay off the Texas coast. Ren, M.D. Anderson Chair Professor of physics at UH, said it also would work with wastewater, providing another source of hydrogen from water that is otherwise unusable without costly treatment.

To address the challenges, the researchers designed and synthesized a three-dimensional core-shell oxygen evolution reaction catalyst using transition metal-nitride, with nanoparticles made of a nickle-iron-nitride compound and nickle-molybdenum-nitride nanorods on porous nickle foam.

The catalysts were integrated into a two-electrode alkaline electrolyzer, which can be powered by waste heat via a thermoelectric device or by an AA battery.

Cell voltages required to produce a current density of 100 milliamperes per square centimeter (a measure of current density, or mA cm-2) ranged from 1.564 V to 1.581 V.

The voltage is significant, Yu said, because while a voltage of at least 1.23 V is required to produce hydrogen, chlorine is produced at a voltage of 1.73 V, meaning the device had to be able to produce meaningful levels of current density with a voltage between the two levels.

The Knives Are Out For Trump

Alex Jones and Robert Barnes sift through the Dems’ open attempt to seize control of America by force.