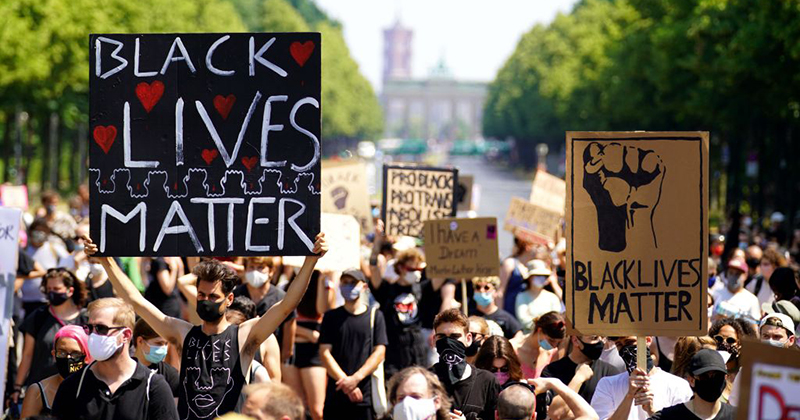 While much of the country was in some state of lock down due to COVID-19, up to 26 million Americans took to the streets in protest in what officials say may be the single largest protest movement in American history.

Despite up to 26 million Americans foregoing social distancing, officials say that protests did not increase the spread of COVID-19.

Estimates now suggest between 15 to  26 million Americans have taken part in the ongoing Black Lives Matter protests that have sometimes devolved into riots following the death of George Floyd in Minneapolis police custody.

Officials believe that Black Lives Matter may now be the largest protest movement in American history.

California steps up arbitrary, ridiculous and unequal restrictions. Will pastors finally awaken? How is Romans 13 misused to abuse Christians?

At the same time, the world remains largely paralyzed by fears of spreading COVID-19, with numbers of confirmed continuing to rise largely as a result of a massive increase in testing, according to President Donald Trump.

A leaked video also suggests individuals who have not been tested for COVID-19 but have possibly come into contact with the virus are now included in the total case count in at least one large Texas county.

Still, entire states have taken new steps to combat the virus, with some still navigating lockdowns, and others requiring masks be worn in public, including both Kansas and Nevada.

While as much as 8% of the country’s population frequently flouted social distancing and masks, at times ignoring the virus altogether while mourning the death of George Floyd and protesting for the abolition of police, researchers now believe this led to no increase in the spread of COVID-19.

Researchers claim that due to nearly one in 10 Americans protesting in the streets, at times employing violence and looting to achieve political goals, the remaining 92% of Americans stayed home and engaged in social distancing behaviors, leading to no net increase in the spread of the virus.

It is unclear whether this means the virus was spreading faster in the population engaged in protesting, or if the virus indeed spread among them while ignoring the greater population as they remained locked safely at behind closed doors.