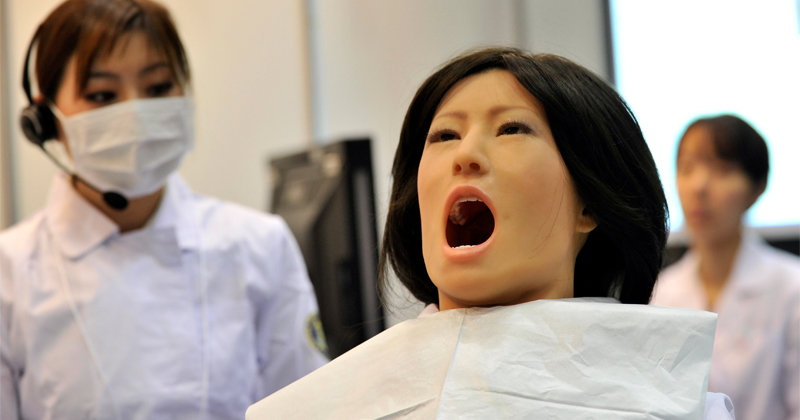 Medicated chewing gum has been recognised as a new advanced drug delivery method but currently there is no gold standard for testing drug release from chewing gum in vitro.

The aim of the University of Bristol study, published in IEEE Transactions on Biomedical Engineering, was to confirm whether a humanoid chewing robot could assess medicated chewing gum. The robot is capable of closely replicating the human chewing motion in a closed environment. It features artificial saliva and allows the release of xylitol the gum to be measured.

Saliva and artificial saliva solutions respectively were collected after five, ten, 15 and 20 minutes of continuous chewing and the amount of xylitol released from the chewing gum established.

Dr Kazem Alemzadeh, Senior Lecturer in the Department of Mechanical Engineering, who led the research, said: “Bioengineering has been used to create an artificial oral environment that closely mimics that found in humans.

Nicola West, Professor in Restorative Dentistry in the Bristol Dental School and co-author, added: “The most convenient drug administration route to patients is through oral delivery methods. This research, utilising a novel humanoid artificial oral environment, has the potential to revolutionise investigation into oral drug release and delivery.”