A Nashville restaurant is drawing heavy criticism after they forced a cancer patient to remove his wool beanie, then called the cops to reinforce the order. 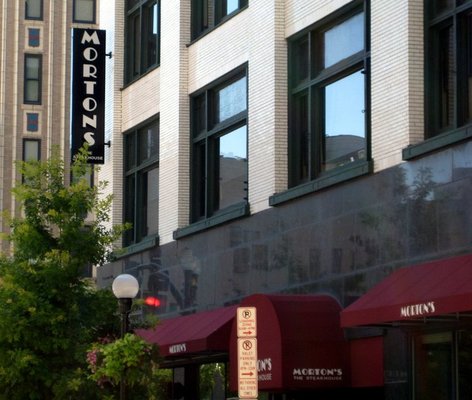 It started when Robert Chambers, a member of a group celebrating their annual company Christmas party this past weekend, put on a beanie.

As explained by his colleagues in various Yelp reviews, Chambers is a cancer patient, and his chemo treatment has left him with an extreme sensitivity to cold temperatures.

Despite the bill exceeding an exorbitant $2,000, an employee at Morton’s Steakhouse asked Chambers to remove his hat, an order which the cancer sufferer protested to the manager.

“Chambers says the manager told him he should bring a doctor’s note or call ahead so that he could be seated in a private dining area,” reports WZTV.

After witnessing his treatment, members of Chambers’ party became understandably irate, to the point that management felt the need to phone police for help.

One of Chambers’ dining mates, Ashley S., told the story of how the cops arrived to help quell the unruly diners on Yelp, excerpted by Raw Story:

“I understand there are rules at establishments…I get it, really. But when we are there, spending a few thousand dollars, and one of the men in the group who is battling cancer and has an extreme sensitivity to cold, decided to slip on his black wool beanie (AT THE END OF THE MEAL mind you…) he was told to take it off, which he did,” she wrote. “Upset, his son decided to tell the manager Catrina that his dad has cancer, etc…well her response was he needed a DOCTOR’S NOTE. Are you kidding me??? His wife then got extremely upset, and the family got up to leave…not before speaking with the management. They told them they should have called in advance so they could have put us in a room by ourselves…we didn’t realize cancer was so offensive!”

“And not to mention, they called the police on them! When another owner who happened to be the one paying the ridiculous bill went to speak with the manager, he was thrown out by police. Then we all had to leave, because they couldn’t handle us all being upset.”

Amid intense backlash, Morton’s issued an apology on Facebook, which Chambers humbly accepted, and noted they would be donating $2,000 to the St. Jude’s Hospital and “will also partner with Mr. Chambers to underwrite a cancer fundraiser.”

We are all familiar with table manners, restaurant etiquette and customary norms, such as removing a hat or ball cap when entering a building, but did this restaurant jump the shark in enforcing that code of conduct?

Moreover, were police really necessary in this situation, or was this merely overreaction on the part of a few overzealous control freaks?