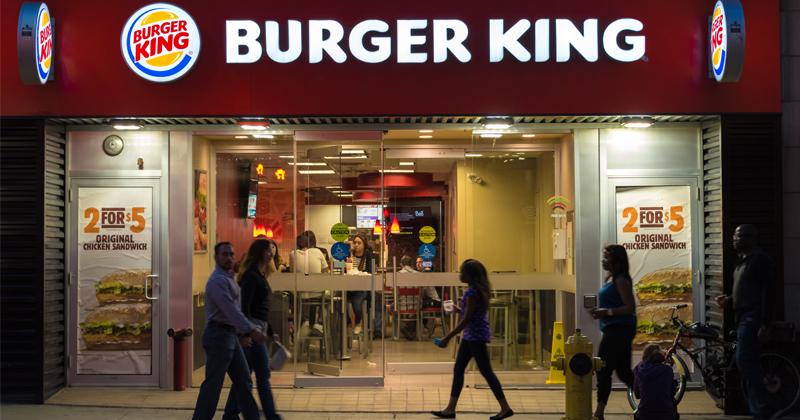 The consequences of the last decade of cheap capital and artificially low-interest rates are rearing their ugly head in the restaurant industry – and they’re just in time for a nice global consumer spending slowdown.

Debt relative to earnings among companies in the Russell 2000 Restaurants Index is now near the highest on record, according to Bloomberg. And this trend looks as though it is only going to get worse as a result of new accounting rules that require more leases to now be recorded on company balance sheets.

In addition to these accounting rule changes, growth in the industry is slowing as labor costs rise.

Rob Hunziker, whose company Advanced Restaurant Sales provides brokerage services to the industry, said: “The debt has been so cheap the last four or five years. Now cash flows are starting to decline, and that debt is getting scary looking. There’s a problem, and it’s getting worse.”

Restaurant industry sales are estimated to grow 1.6% this year and 1.4% in 2020, comparing with average gains of 3.4% over the last five years. Additional data shows that while sales have risen modestly in recent years, customer visits are declining. The slowdown in growth will also undoubtedly mean that competition will intensify.

Concern about the industry is visible in the loan market. For instance, NPC International, the world’s biggest operator of Pizza Hut franchises, saw its loans fall to distressed levels in August after quarterly results showed the company inching closer to breaching some of its debt covenants.

When Burger King’s largest franchisee, Carrols Restaurant Group, took out a loan and credit line this year to expand, it came with restrictive covenants on the company’s leverage. The company is now forced to try and grow enough to boost sales, while not violating terms of its loan. The company’s stock is down 22% this year.

The company’s credit line prevents it from expanding if its debt exceeds 4.75x annual EBITDA. This compares to a loan the company took out in 2012, when their limit was 6x EBITDA.

In some cases, companies took on debt to make payouts to shareholders. For instance, Lee Equity Partners acquired Taco Bell restaurants last year and boosted leverage to more than 6x EBITDA to issue a $96 million dividend.

Yum Brands and other restaurant operators have grown increasingly concerned with franchisee debt loans, but in many cases the parent corporation is also guilty of running up huge tabs. Taco Bell, Dunkin Brands, Domino’s and Jack in the Box have all tapped the market for “whole-business securitizations”, a type of debt that allows companies to issue bonds backed by franchise fees and intellectual property. These types of financings usually help a company save on interest payments, as the securitization affords them an investment-grade rating.

Greg Grambling, head of restaurant investment banking at PJ Solomon, said: “When you have simultaneous excess leverage at both the franchisor and franchisee, that results in additional risk, and potentially unintended consequences.”

Pizza Hut operator NPC was downgraded in September by Moody’s and also had its rating cut twice by S&P this year. The cuts were due to the company’s leverage and spending requirements. S&P projects the company’s debt to EBITDA to move above 7x next year.

And, of course, this all means rising prices for the consumer.

Yum is allowing Pizza Hut owners to offset higher costs with menu price hikes. During the summer, the chain added to its $5 lineup of fare to include calzones for $6. And on the West Coast, franchisees are allowed to charge as much as $7 because of rising wage costs.

Chief Executive Officer Greg Creed said on a Q2 conference call: “We feel like our franchisees are generally in good health. At the same time, we’ll need to directly address franchisees who are burdened with too much debt, don’t have access to capital or aren’t committed to the long term. Some of these businesses will need to be restructured in the near term to address capital structure and leverage issues.”

Higher prices mean that restaurants run the increased risk of driving away business.

In addition to allowing franchisees to hike prices, some parent companies are helping with procuring cheaper commodities and cutting remodel costs. McDonald’s, for instance, allowed some franchises to delay store remodels that cost between $150,000 and $750,000 by two years. We documented this in an article we wrote earlier this month about the company’s shift to a more “futuristic” model.

This help still wasn’t enough for some franchisees. Greenville, SC based Dream Big Restaurants, a McDonald’s franchisee, filed for bankruptcy on September 27. The company owed McDonald’s about $600,000 in back rent, service fees and taxes.

However, average franchisee cash flow has been up for the last 11 months, according to McDonald’s CEO Steve Easterbrook.

While the company claims to be “supporting franchisee health”, S&P analyst Diya Iyer notes that a changing customer environment presents a continued challenge.

“There is more pressure on these companies in terms of execution, performance and competition,” she concluded.