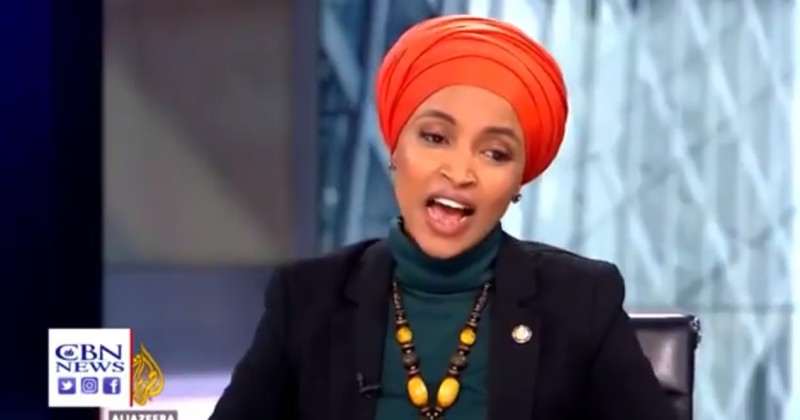 A 2018 interview Rep. Ilhan Omar gave to Al-Jazeera has resurfaced in which Omar says Americans should be “more fearful of white men” than potential Islamic terrorists.

Omar was asked if she thought conservatives were right to have a legitimate fear of Islam given the spate of Islamic terror attacks in America, including the 2017 truck attack in New York.

“I would say our country should be more fearful of white men across our country because they are actually causing most of the deaths within this country, and so if fear was the driving force of policies to keep America safe, Americans safe inside of this country, we should be profiling, monitoring, and creating policies to fight the radicalization of white men,” Omar said in response.

Ilhan Omar contends that Americans "should be more fearful of white men." pic.twitter.com/ot7PBF96P1

The comments are receiving fresh attention due to Omar’s recent spat with President Trump and her repeated refusal to denounce Al-Qaeda and Islamic terrorism.

As we highlighted earlier this week, the Minnesota Congresswoman told an audience she is “disgusted” to be asked to condemn Al-Qaeda and female genital mutilation, arguing that merely posing the question alone is Islamophobic and a “waste of time.”

As Raheem Kassam pointed out, the fact that Mehdi Hasan is hosting in this clip is also of note given that Hasan has previously called non-Muslims “cattle” and “people of no intelligence.”

This is getting a lot of play again BUT so many Americans won’t know who Mehdi Hasan is.

He’s called non-Muslims “cattle” and “people of no intelligence”.

This is who @IlhanMN chose to do her big interview with. https://t.co/4s6fhKHGqh