“Your cash is not wanted here”, a growing number of retailers and restaurants throughout the US and UK are telling customers. But are reasons being given by companies for the new “cashless” approach — speed, efficiency, and the safety of store employees — valid enough to require something as utterly and downright unAmerican as rejecting cash?

We think not, and unfortunately the trend of “cash not welcome here” establishments is growing, to the point that lawmakers are beginning to take note and could introduce legislation barring the practice, as Massachusetts has done already, and as the New Jersey State House could be set to do next. According to a Federal Reserve survey conducted in 2017 cited in The Wall Street Journal, cash represented 30% of all transactions in America, with 55% of those being under $10.

Regardless of Americans’ longtime preference for plastic in most transactions, many of which take place online, research by the Federal Reserve found that cash is still king in terms of Americans’ daily lives and usage, and as the study concluded further, this remains true across all income levels:

Not only is cash used frequently for small value and in-person purchases, it is also used by a wide array of consumers. The data on cash use by household income provides two main insights. First, consumers make—on average—14 cash transactions per month, regardless of household income. It is also noteworthy that cash was the most, or second most, used payment instrument regardless of household income, indicating that its value to consumers as a payment instrument was not limited to lower income households that may be less likely to have access to an account at a financial institution.

But this reality is now pushing up against the new trend of the cashless restaurant, bar and retailer, and creating awkward and frustrating situations for consumers, as a new Wall Street Journal piece chronicles. In one scenario, a customer had to intervene on another’s behalf and play personal bank for a “card only” salon, even though there was plenty of cash on hand offered by the woman who couldn’t pay. Ironically, as the WSJ story notes, this created an “emergency”:

Sam Schreiber was mid-shampoo at a Drybar blow-dry salon in Los Angeles when someone from the front deskapproached her stylist with an emergency: a woman was trying to pay for her blow-out with cash.

More and more businesses like Drybar don’t want your money—the paper kind at least. It’s making things awkward for those who come ill prepared. After all, you can’t give back a hairdo, an already dressed salad or the two beers you already drank.

And in another situation where someone simply wanted to order a salad, but was refused upon presenting $20 cash, the rejected customer slammed the policy that created the whole awkward situation as elitist. The customer recounted for the WSJ:

Jaclyn Benton, 30, visited a Sweetgreen near her office in Reston, Va., last summer with $20 cash, but no credit or debit card because she had forgotten her wallet at home. When her order was ready and she went to pay, the cashier explained that the restaurant doesn’t take bills.

“It’s almost like when your credit card gets declined for silly reasons,” says Ms. Benton, who works as an event planner. “It makes you feel like you can’t afford it even though I had the money right there.”

Ms. Benton has no plans to go back: “It feels very elitist,” she says.

A Sweetgreen spokeswoman said its decision makes its team members safer amid the risk of robbery and improves the cleanliness and efficiency of the restaurants.

Another anecdote involved a 51-year old women left feeling humiliated at a Manhattan restaurant. Though the eatery proudly advertises that its food comes from “from farmers and partners as close to home as possible,” it apparently rejects your local cash.

Again, another customer had to intervene as essentially an impromptu bank after a deeply “awkward” situation, per the WSJ:

“We went into one of those stores where they sell Lotto tickets and I got change and I gave her the money,” says Ms. Linbourne, who lives in Hasbrouck Heights, N.J., and works for a construction-management company. “I was so embarrassed.”

A Dig Inn spokeswoman responded by saying the credit/debit card only policy “makes for a faster experience for customers and for employees, who don’t have to count cash or make runs to the bank.” Though we should note this only puts the burden on the customers themselves, as their “options” are then extremely limited.

And as the WSJ report points out, consider that on every US bill the following words appear: “This note is legal tender for all debts, public and private.” However, currently there’s no federal law stipulating that business have to accept cash when offered, though likely no body of lawmakers prior to the modern advent of payment by plastic could have ever envisioned such a dilemma as cash being banned by stores.

But this is getting noticed by local and state governments: “New York City Councilman Ritchie Torres of the Bronx recently proposed legislation that would prohibit retailers and restaurants from refusing cash, and city council members in Washington, D.C., and Philadelphia have proposed similar legislation,” according to the WSJ. Councilman Torres said “I refuse to patronize businesses that reject cash payments, even though I primarily use debit or credit.” He explained the practice is “discriminatory against the undocumented, people without bank accounts and credit cards, and those who wish to have their transactions be more private” — all of which can create an unnecessary and “humiliating situation.”

Increasingly, it creates situations where a patron simply can’t complete the transaction or make a purchase. This could most impact the young and lower income homes which are limited in terms of local bank and checking/debit card account access:

Another demographic that often only has cash? Minors. Connie Young, who lives in Walnut Creek, Calif., says that in February, her 17-year-old son got excited when he learned a book he wanted was in stock at the local Amazon Books.

But her son returned home empty handed. When he told her the store didn’t take cash, she assumed there must have been a power outage and that the register was down, before he explained it was the policy. “I laughed. I was, like, you’re kidding,” says Ms. Young, 57. “I was just stunned.”

Though we are unlikely to ever reach a totally cashless society, the disturbing trend does bring up interesting questions of privacy and transacting “off the grid”… likely those advocating for a “no cash” future will be the same ones pushing for greater surveillance power of the state, as is quickly happening right now in places like China, where its Orwellian ‘Social Credit System’ seeks to abolish any and all private transactions altogether. 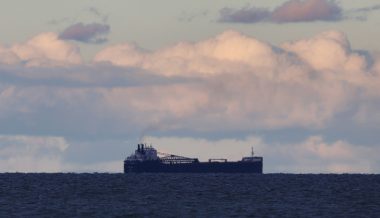 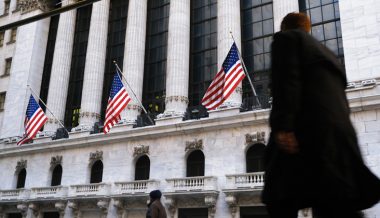