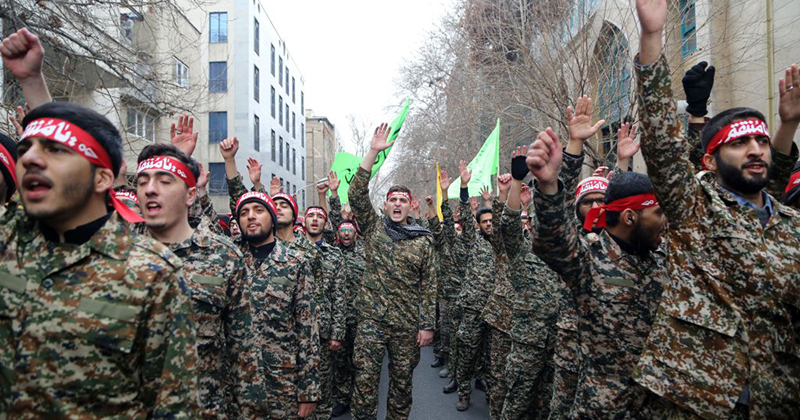 Update: There are unconfirmed reports that US aircraft have attacked Iranian positions near the eastern Syrian city of Al-Bukamal.

There are unconfirmed reports from Iranian sources that U.S. aircraft have attacked Iranian positions near the eastern Syrian city of Al-Bukamal.

Fire can be seen in the distance after reports of airstrikes near Al-Bukamal and #Iraq pic.twitter.com/qJQiMigpzN

Meanwhile, a US surveillance drone was reportedly shot down by Iran’s Popular Mobilization Forces (PMF) in Anbar, however there has been no official confirmation.

#US surveillance drone shot down by #PMF in #Anbar earlier today. pic.twitter.com/BIifQkukCG

Dr. Steve Pieczenik joins Owen to discuss the recent conflict with Iran and who it is that may back up Iran after the killing of a top terrorist general. Also, start your year right with free shipping and up to 75% off our hottest items during the Mega Blowout Sale!

As 1000s march in the streets of Baghdad to moutn the death of Soleimani, Al-Arabiya (and other local news sources) report rockets have landed in the heavily fortified Green Zone in Baghdad, where the US Embassy (among other things) is located.

Witnesses told Reuters that an explosion was heard in the Iraqi capital, Baghdad

Sky News Arabia reports that the missile landed in the Green Zone in Baghdad and closed the entrance to the road leading to the American embassy.

Iraqi police sources: A Katyusha rocket landed inside the Green Zone [near the US Embassy] in Baghdad. pic.twitter.com/7ybzDMlNy9

Dozens of US Apache helicopters are now seen overhead…

Additionally, there are now reports that multiple rockets have struck Balad Airbase, located just north of Baghdad, that hosts US troops…

#Update: Picture of inside the military base of Al-Kindi in #Mosul in #Kurdistan in #Iraq now being reported about 10 mortars hit inside the compound and around the compound. Reports also suggest that a number of #US troops are located at the base.#Iran pic.twitter.com/KWEnTb8Am5