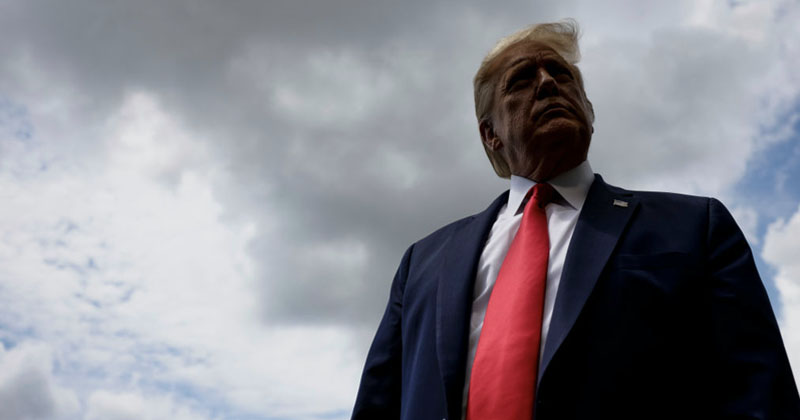 A pair of retired Army officers claim that President Trump won’t voluntarily step down from office if he loses the upcoming election and will have to be physically removed by the military.

John Nagl, a lifetime Council on Foreign Relations member, and Col. Paul Yingling penned a letter published by Defense One Tuesday to Chairman of the Joint Chiefs of Staff Gen. Mark Milley asking him to order the military to remove Trump from office if he loses the election.

“We write to assist you in thinking clearly about that choice. If Donald Trump refuses to leave office at the expiration of his constitutional term, the United States military must remove him by force, and you must give that order,” Nagl and Yingling wrote. 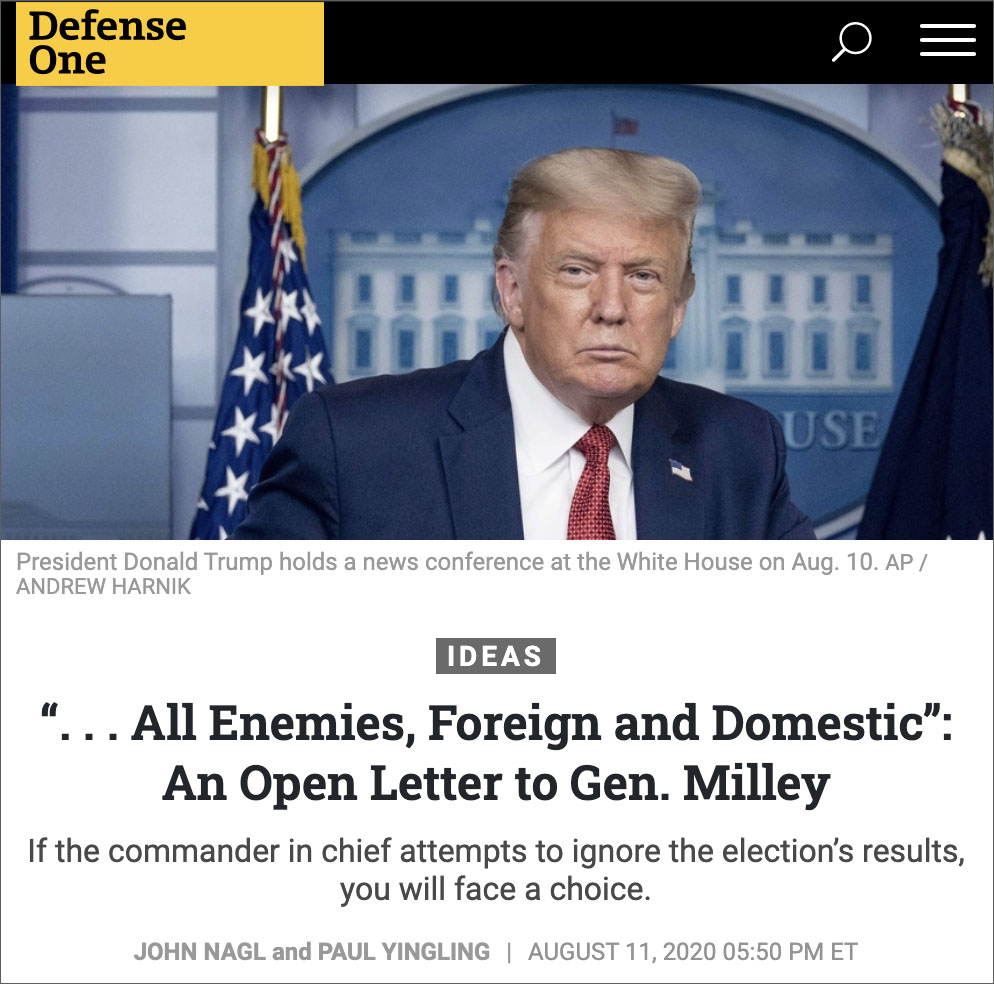 The two retired Army officers then claimed that Trump will almost certainly face electoral defeat in November, but won’t step down because he will also face “criminal charges” for his China coronavirus response and the economic fallout from the lockdowns.

“There can be little doubt that Mr. Trump is facing electoral defeat,” they wrote. “More than 160,000 Americans have died from COVID 19, and that toll is likely to rise to 300,000 by November. One in ten U.S. workers is unemployed, and the U.S. economy in the last quarter suffered the greatest contraction in its history. Nearly 70 percent of Americans believe the country is on the wrong track. The Economist estimates that Mr. Trump’s chances of losing the election stand at 91 percent.”

The Democrat-connected officers then pleaded to Milley that the U.S. military must “escort” Trump from the White House and be prepared to battle his “private army” or face civil war akin to the 2011 “Arab Spring” uprising.

“At this moment of Constitutional crisis, only two options remain. Under the first, U.S. military forces escort the former president from the White House grounds,” Nagl and Yingling wrote.

“Trump’s little green men, so intimidating to lightly armed federal law enforcement agents, step aside and fade away, realizing they would not constitute a good morning’s work for a brigade of the 82nd Airborne. Under the second, the U.S. military remains inert while the Constitution dies. The succession of government is determined by extralegal violence between Trump’s private army and street protesters; Black Lives Matter Plaza becomes Tahrir Square.”

Pelosi said last month that Trump WILL leave the White House “whether he knows it or not”, even if he has to be “fumigated” from the grounds.

Biden said in June that he was “absolutely convinced” Trump would have to be frogmarched out of the White House by the military if he lost the election.

Soros said Wednesday that Trump will face “criminal charges” after the election.

This is just another example of how the Never Trump elements of the national security state embedded in the U.S. government are openly calling for a military coup against the president.

We are not living in normal times, as the media is pushing the idea that Trump is illegitimate and he has to be removed with a coup.