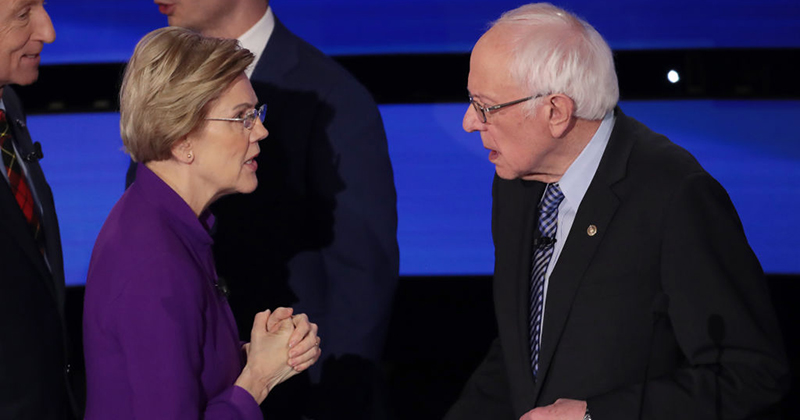 Sen. Elizabeth Warren (D-MA) is accusing her progressive rival, Sen. Bernie Sanders (I-VT), of sexism, but at least by one measure the Vermont septuagenarian has a stronger record of empowering women.

Congressional salary data analyzed by Breitbart News indicates the female employees in Sanders’ Senate office are paid more than those employed by Warren.

According to pay data compiled by Legistorm for the 2019 Fiscal Year—October 1, 2018 through September 31, 2019—the average salary for a full-time female employee working for Sanders was more than $68,000 annually.

Female staffers working for Warren on average made only slightly over $63,500-per-year.

Breitbart News also determined the median salary for female employees in both offices to account for the disparity between senior aides and entry-level staffers. For example, the legislative directors of both senators made well over $100,000-per-year, while staff assistants, usually recent college graduates, only made a fraction of that figure.

Warren sells a t-shirt bragging about being an “arrogant, impossible woman”. We noticed when she bitch slapped Bernie at the debate. But she also asserts that as president she would have vast autocratic powers. Radical, autocratic, despotic also apply.