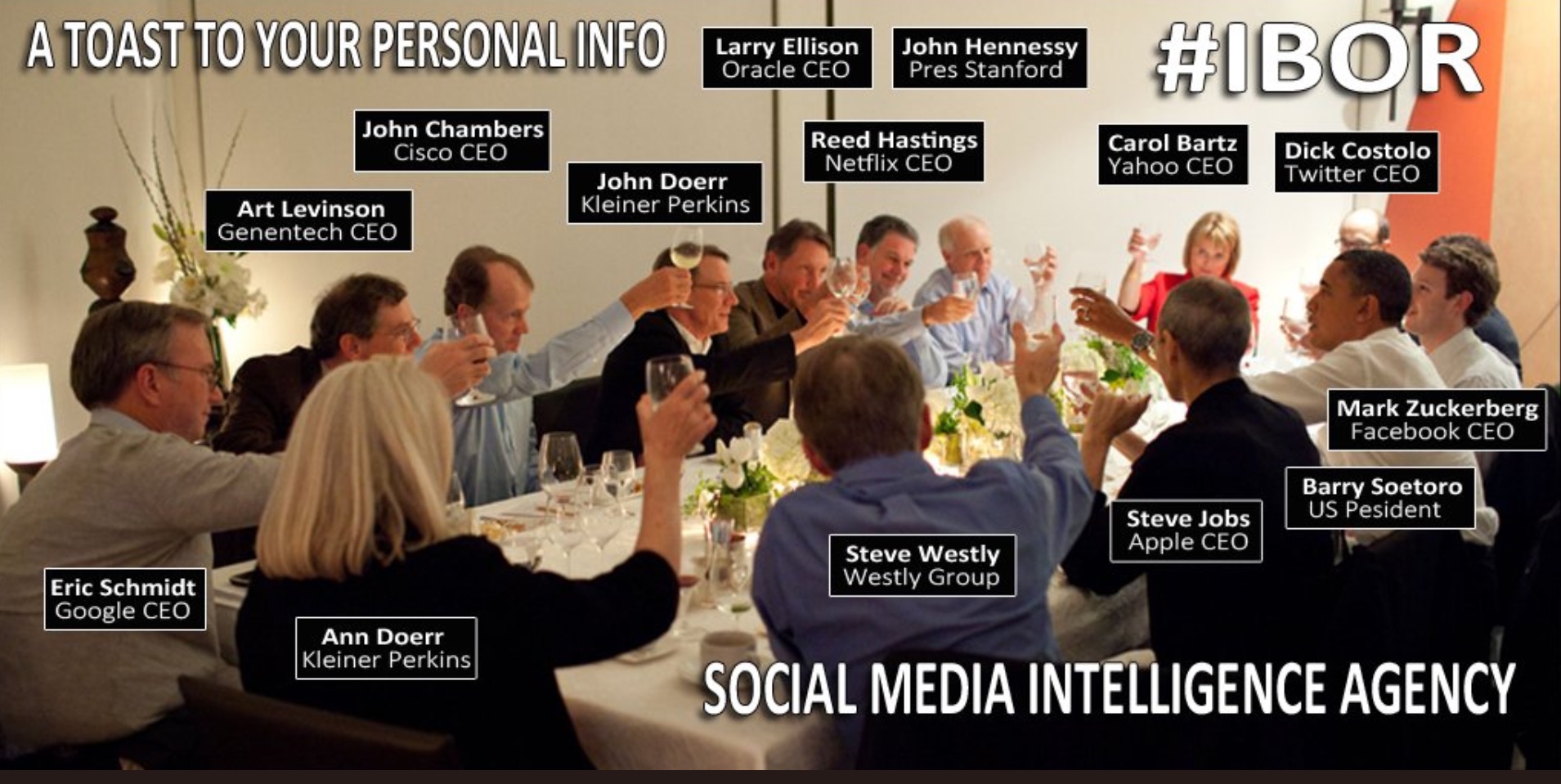 The dinner was held on Feb. 18, 2011, with the White House posting photographs from the get-together that was officially billed as a discussion on job creation and education.

The San Francisco Gate, in reporting on the event suggested the real purpose of the meal was political.

“But critics – who suggested that the president was paving the way for his 2012 re-election campaign with the stop – noted that the invitees were also generous political givers, mostly to Democratic causes,” the San Francisco Gate continued: “Ten of Obama’s guests donated a total of more than $900,000 to Obama and candidates for Congress in the past decade, according to research from MAPLight.org, a nonprofit, nonpartisan research group in Berkeley.”

The dinner was held at the Silicon Valley home of John Doerr, a partner at Kleiner Perkins Caufield & Byers, one of Silicon Valley’s most powerful and best known venture capital firms, with a history of having backed many highly successful technology and Internet companies, including Amazon.com, Google, Netscape, Compaq, Genentech, Netscape, Sun Microsystems, and Twitter.

The guest list included the chairmen and CEOs of the Internet’s most powerful social media companies, as well as Internet godfather Larry Ellison as well as John Chambers of Cisco:

Note: Zuckerberg is seated on Obama’s right hand and Jobs at Obama’s left hand, sitting across from the host John Doer and godfather Larry Ellison.

One of the photos published from the dinner shows then President Obama in discussion with Zuckerberg. 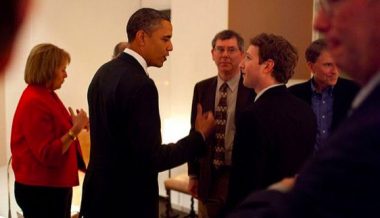 Blocked from view but sitting at the corner of the table to Zuckerberg’s right hand is Obama’s White House adviser and confidante Valerie Jarrett.

What the guests were toasting was not disclosed by the White House, but a good guess might be Obama’s re-election to a second term.

The Federal Trade Commission confirmed Monday that Facebook is under investigation over the controversy involving London-based Cambridge Analytica, a political data firm that mined data from over 50 million Facebook users without their knowledge to profile voters, while Zuckerberg allegedly assisted Hillary Clinton’s presidential campaign, working with then chairman and CEO of Google, Eric Schmidt, who worked as one of Clinton’s top outside advisors, charged with creating a Get Out the Vote, GOTV, database for the campaign that allegedly drew upon Google user data.

Fox News reported that a case of misconduct appears to be developing charging that Facebook in 2012 reportedly voluntarily provided data on millions of its users to the re-election campaign of President Obama.

A petition calling for an Internet Bill of Rights (#IBOR) is currently gaining signatures on the White House website.