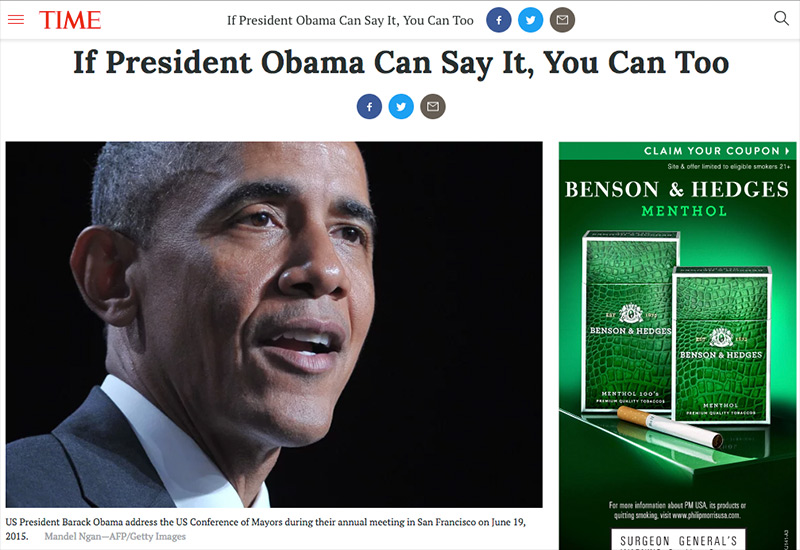 While the fake news media desperately pins its hopes on ex-White House aide Omarosa’s claims that a tape exists of President Donald Trump using the n-word, they need look no further than his predecessor for audio proof of a racist slur being uttered.

During a podcast interview in 2015 with comedian Marc Maron, former President Barack Obama casually used the n-word in a response about racism in the United States, arguing public elimination of the racist epithet does not indicate racism has been eradicated from society.

“The legacy of slavery, Jim Crow, discrimination in almost every institution of our lives, you know, that casts a long shadow, and that’s still part of our DNA that’s passed on. We’re not cured of it,” Obama said. “And it’s not just a matter of it not being polite to say ‘n***er’ in public. That’s not the measure of whether racism still exists or not. It’s not just a matter of overt discrimination. … Societies don’t overnight completely erase everything that happened 2-300 years prior.”

As expected, the leftist media gave Obama a pass when he said the word. Time Magazine even published an op-ed encouraging people to use the n-word.

The utterance wasn’t the first time Obama said the n-word during his presidency.

In an audiobook recording of, Dreams from My Father, Obama used the word while quoting a figure from his childhood, saying, “You ain’t my bitch, ni**a, buy your own damn fries.”

On Twitter, President Trump declared a tape does not exist and categorically denied ever using the word, declaring, “I don’t have that word in my vocabulary, and never have.”

.@MarkBurnettTV called to say that there are NO TAPES of the Apprentice where I used such a terrible and disgusting word as attributed by Wacky and Deranged Omarosa. I don’t have that word in my vocabulary, and never have. She made it up. Look at her MANY recent quotes saying….

….such wonderful and powerful things about me – a true Champion of Civil Rights – until she got fired. Omarosa had Zero credibility with the Media (they didn’t want interviews) when she worked in the White House. Now that she says bad about me, they will talk to her. Fake News!

Please support Alex Jones during this unprecedented attack on Infowars by visiting the Infowars store or donating below.