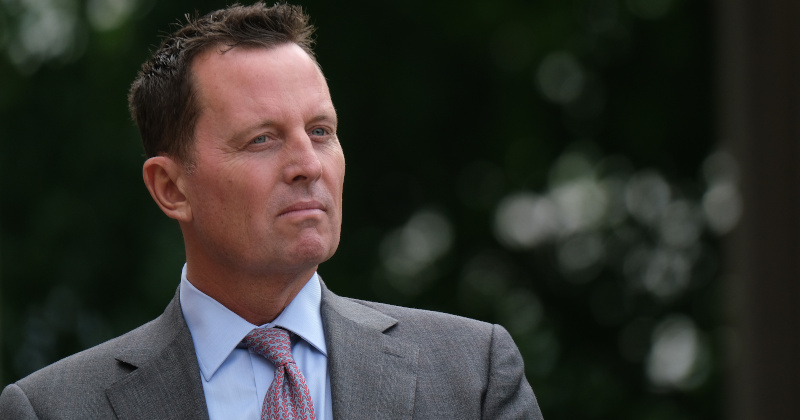 “Rick has represented our country exceedingly well and I look forward to working with him,” the president said in a brief tweet announcing his choice.

The DNI oversees the entire U.S. intelligence community and also works closely with the director of Homeland Security.

Grenell will keep his job as ambassador to Germany while serving as director of national intelligence, an administration official confirmed to VOA News. He is also the special envoy for peace negotiations between Serbia and Kosovo.

Grenell would be the first openly gay Cabinet member in U.S. history.

Because he would be acting Director of National Intelligence, Grenell does not need Senate confirmation, which is probably why Trump is putting him in the job in an acting capacity.

Grenell has been a U.S. Ambassador to the United Nations under President George W. Bush, a newspaper columnist and television news commentator, and the founder of a media and public affairs operation.

He has no direct experience in the intelligence community, but is regarded to be fiercely loyal to Trump and his policies.

Grenell has been especially outspoken about what he says are the dangers of doing business with the Chinese telecommunications giant Huawei, urging Germany not to become a Huawei customer because of suspicions the company installs spyware in its products at the bidding of Beijing.

Trump has had a rocky relationship with his own intelligence community after it concluded that Russia interfered in the 2016 U.S. presidential election and also warned about the threat to national security by global warming.