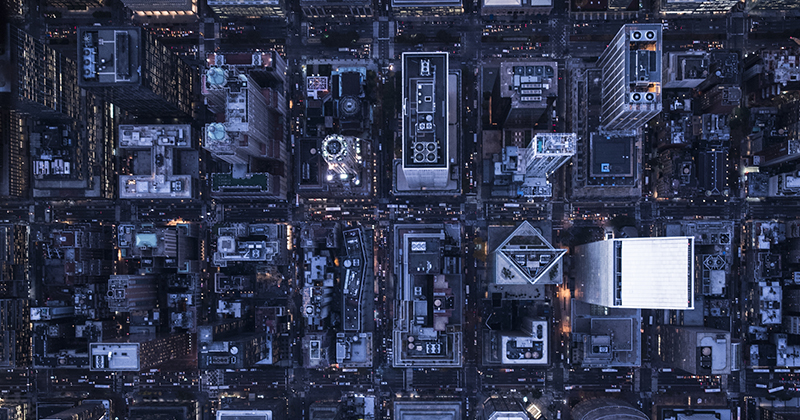 So many wealthy people are rushing to move away from the big cities that it is creating a bit of a “real estate boom” in many suburban areas, small towns and rural communities.

Fear of COVID-19, a collapsing economy and the tremendous urban violence that we have witnessed in recent weeks have combined to create a frenzy of activity.

Last week, my wife and I heard from a friend in New York City that is all of a sudden desperate to move to another state, and I certainly can’t blame him for wanting to relocate.

If I was in his shoes, I would be wanting to move too.

But at this point so many people are all thinking the same thing that the demand for housing in certain areas threatens to greatly exceed the supply.  In fact, one real estate agent in the San Francisco area is describing it as “a mad rush to get out of the city”…

“There’s a mad rush to get out of the city,” said Ginger Martin, a real estate agent with Sotheby’s who concentrates on high-end properties in the San Francisco Bay Area. “What I’m really doing well with right now is anything that’s turnkey.”

Unfortunately, mortgage lending standards have really tightened up over the past few months, and so this is limiting the number of people that are able to successfully relocate.

Mostly, in this environment it is just “wealthy folks” that are able to move away from San Francisco and purchase a new home somewhere else…

Relocation, at the moment, is only by wealthy folks, who still have the financial mobility to move as the real economy implodes and paralyzes the bottom 90% of Americans. Even with a good credit score, lenders are not preapproving folks like they once were. Many people over the years flooded into San Francisco as the economy boomed, and tech flourished. Now with an economic downturn, social unrest, and pandemic — the city is becoming too dangerous to raise a family.

Over on the east coast, violence is one of the primary motivating factors that is causing people to suddenly pick up and move.

By now, virtually everyone has seen stunning footage of the rioting and looting that took place in the heart of New York City, and it certainly wouldn’t take much to spark more episodes of widespread violence.

At the same time, overall crime rates in NYC have been absolutely skyrocketing, and this is helping to fuel an exodus to “rural communities in New York and New Jersey”…

During May, overall crime declined compared to the same period last year. But the New York City Police Department (NYPD) said murders in the city increase by 79%, shootings jumped by 64%, and burglaries rose 34%.

The surge in violent crime is expected to supercharge a trend of New Yorkers fleeing the metro for rural communities in New York and New Jersey.

In the middle of the country, the city of Chicago is experiencing even more violence than New York City is.

In fact, dozens of people were just shot over Father’s Day weekend…

Nine people have been killed, including four under the age of 18, and 47 more were injured in shootings across Chicago on Father’s Day weekend, police said.

Two teenage boys, a 3-year-old, and a 13-year-old girl are among those who were killed, officials told ABC7 in Chicago.

And just a few weeks ago, we witnessed the most violent day ever recorded in the Windy City…

While Chicago was roiled by another day of protests and looting in the wake of George Floyd’s murder, 18 people were killed Sunday, May 31, making it the single most violent day in Chicago in six decades, according to the University of Chicago Crime Lab. The lab’s data doesn’t go back further than 1961.

If the problems that we are facing were just very temporary in nature, most people would probably be willing to ride them out.

Unfortunately, it appears that things aren’t going to be getting significantly better any time soon.

In other words, the coronavirus pandemic is getting worse.  Whether you want to call it “the first wave” or “the second wave”, the truth is that cases are surging and that could have very serious implications for the months ahead.

Meanwhile, the U.S. economy continues to deteriorate very rapidly.  Nearly 46 million Americans have now filed new claims for unemployment benefits since this pandemic first began, more than 100,000 businesses have permanently shut their doors, and U.S. consumers have skipped payments on more than 100 million loans.  It is an economic meltdown of unprecedented size and scope, and many more monthsof extreme economic pain lie ahead of us.

On top of everything else, we are in an election year, and even a very small spark could set off more rioting, looting and violence.

At this point, tensions are so high in this country that a recent survey found that 34 percent of all Americans believe that there could be a “civil war” within the next five years…

The latest Rasmussen Reports national telephone and online survey finds that 34% of Likely U.S. Voters think the United States will experience a second civil war sometime in the next five years, but that includes only nine percent (9%) who say it’s Very Likely.

I have never seen our nation so deeply divided in my entire lifetime, and that makes me incredibly sad.

At a time when we should be coming together like never before, we are allowing strife, discord, anger and hatred to divide us even more deeply.

A house that is divided will surely fall, and the future of America looks extremely bleak if we continue down this path.

As one lone individual, there isn’t much that you can do to stop what is coming, but at least you can try to get to somewhere safe before everything falls apart.

But if you are going to move, you will need to do it quickly, because as I have discussed in this article there are lots of other people thinking the exact same thing.