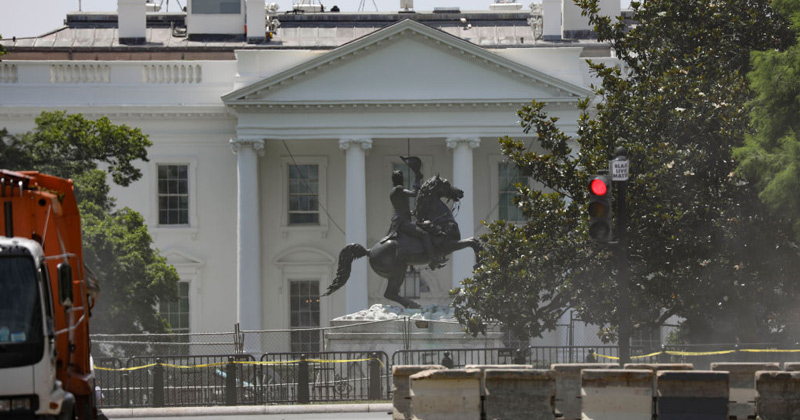 The man whom authorities call the “ringleader” in the recent attempt to destroy a statue of former president Andrew Jackson in Washington, D.C.’s Lafayette Square was arrested on Thursday.

Law-enforcement sources said the suspect, Jason Charter, was apprehended at his residence on charges of destruction of federal property. The sources say Charter has ties to Antifa and led a group of vandals who tried to pull the statue down on the night of June 22.

“They were very organized,” said a federal law enforcement official. “Charter was on top of the statue and directing people…. They had acid, chisels, straps and a human chain preventing police from getting to the statue.”

Charter is likely to make an appearance, albeit virtually, in U.S. District Court in Washington. The agitators argue the Andrew Jackson statue is offensive because he was a slave owner and because of his treatment of American Indians.

Four other men have been charged with participating in the act. According to the U.S. Attorney’s Office for the District of Columbia, the individuals are Lee Michael Cantrell, 47, of Virginia; Connor Matthew Judd, 20, of Washington, D.C.; Ryan Lane, 37, of Maryland; and Graham Lloyd, 37, of Maine.

Venezuela, Cuba, Eastern Europe – toppling statues to topple civilizations. Those tearing down statues understand the value of what they represent. Do we?