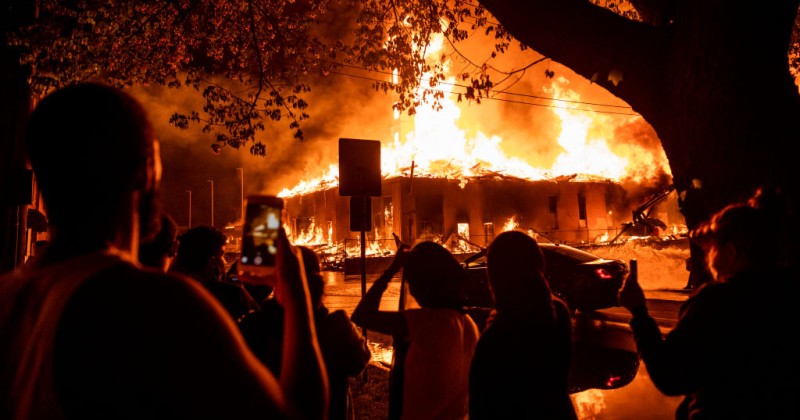 The rioting in Minneapolis last night was so bad that the fires from the burning buildings show up on this morning’s air quality control maps.

Looters rampaged through nearby stores having earlier staged violent protests outside the 3rd Precinct police station in response to the death-by-cop of George Floyd.

Air quality maps from the area of the riots show diminished air quality as a result of the sheer intensity of the fires which engulfed several buildings.

The fires in Minneapolis are so bad that they're showing up on air quality maps. pic.twitter.com/ZMY3Hvd13M

One of the buildings targeted was an affordable housing block under construction that was completely burned to the ground.

“An affordable housing complex under construction near the corner of Lake and Minnehaha caught fire early Thursday, quickly engulfing an entire city block. Smoke from the multi-story building was visible from miles away,” reports the Minneapolis Star-Tribune.

“Dozens stood and filmed the fireball until they realized that adjacent buildings were in danger. People grabbed garden hoses and barrels to try to save their own houses from a similar fate.”