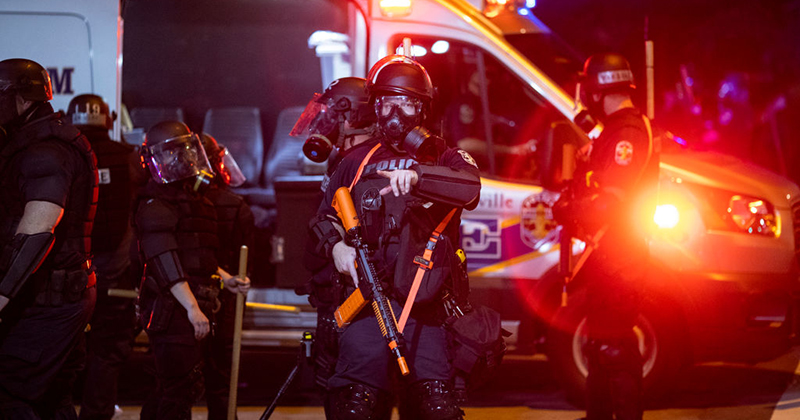 As unrest spread across dozens of American cities on Friday, the Pentagon took the rare step of ordering the Army to put several active-duty US military police units on the ready to deploy to Minneapolis, where the police killing of George Floyd sparked the widespread protests.

Soldiers from Fort Bragg in North Carolina and Fort Drum in New York have been ordered to be ready to deploy within four hours if called, according to three people with direct knowledge of the orders.

Soldiers in Fort Carson, in Colorado, and Fort Riley in Kansas have been told to be ready within 24 hours.

Its the 20th Veterans-call-in show at the War Room and Owen asks veterans and Chad Robichaux what they think about the Minneapolis riots.

The people did not want their names used because they were not authorized to discuss the preparations.

The get-ready orders were sent verbally on Friday, after President Donald Trump asked Defense Secretary Mark Esper for military options to help quell the unrest in Minneapolis after protests descended into looting and arson in some parts of the city.

Trump made the request on a phone call from the Oval Office on Thursday night that included Esper, National Security Advisor Robert O’Brien and several others.

The president asked Esper for rapid deployment options if the Minneapolis protests continued to spiral out of control, according to one of the people, senior Pentagon official who was on the call.

‘When the White House asks for options, someone opens the drawer and pulls them out so to speak,’ the official said.