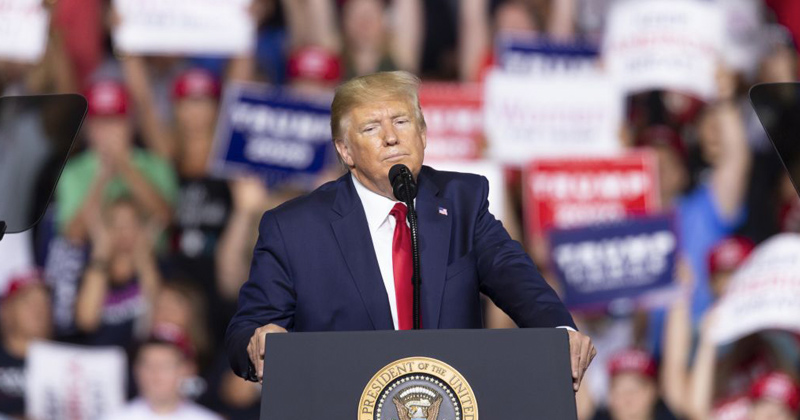 “Virtually every top Democrat also now supports late-term abortion,” the president said. “Ripping babies straight from the mother’s womb, right up to the moment of birth.”

Trump added that Gov. Northam’s comments about post-birth abortions were indicative of how far-left the party has gone on the issue.

“And if you look at Virginia, the governor of Virginia, he was even talking about essentially, you would say an execution. He was talking after the baby is born, the doctor will talk to the mother and they’ll make a decision as to whether or not that baby lives. This is a radical Democrat idea! That’s why I’ve asked Congress to prohibit extreme late-term abortion because Republicans believe that every child is a sacred gift from God.”

Northam back in January went on radio station WTOP and defended a 40-week abortion ban proposed by the state’s Democrats. 40 weeks is typically considered the end term of a pregnancy, but Northam offered an example in which a baby would be brought to term, delivered, then parents and doctors would decide whether it would stay alive.

Trump says VA gov Ralph Northam talked about “after the baby was born the Dr will talk to the mother and make a decision about whether the baby lives.” We rated his similar claim about abortion False. https://t.co/Z0um1PLY1j pic.twitter.com/GkBFqEHxX4