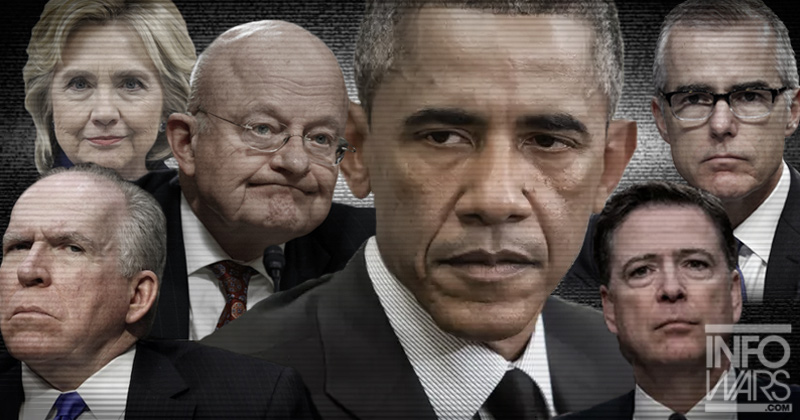 Former President Barack Obama famously claimed he had a scandal-free administration, but the chair of the Republican National Committee Ronna McDaniel claims the inspector general’s “investigation about the investigators” will show otherwise.

“Think about it: a sitting president, President Obama’s Administration, under [his] FBI, they deployed spies to the Trump campaign,” McDaniel told “The Cats Roundtable” on 970 AM-N.Y.

“They put FISA warrants on campaign operatives. I mean, this is horrific. Think if President Trump did this right now to any Democrat candidate through his administration.”


McDaniel added to host John Catsimatidis that Russian meddling attempts in 2016 are not on President Trump but former President Obama, because “they failed” to stop the efforts; instead, employing “duplicity” in spying and investigating the incumbent’s political opposition.

“Why didn’t they just go to candidate Trump and say, ‘We’re afraid that foreign actors are trying to infiltrate your campaign; can you work with us to make sure that doesn’t happen?'” McDaniel asked.

“Instead, they went a totally different route. And the failures of the Obama administration and the duplicity of what they have done has led us to this moment.”

Mike Adams joins Owen Shroyer to discuss the actual crimes and corruption in government, overwhelmingly represented by the Democrats.