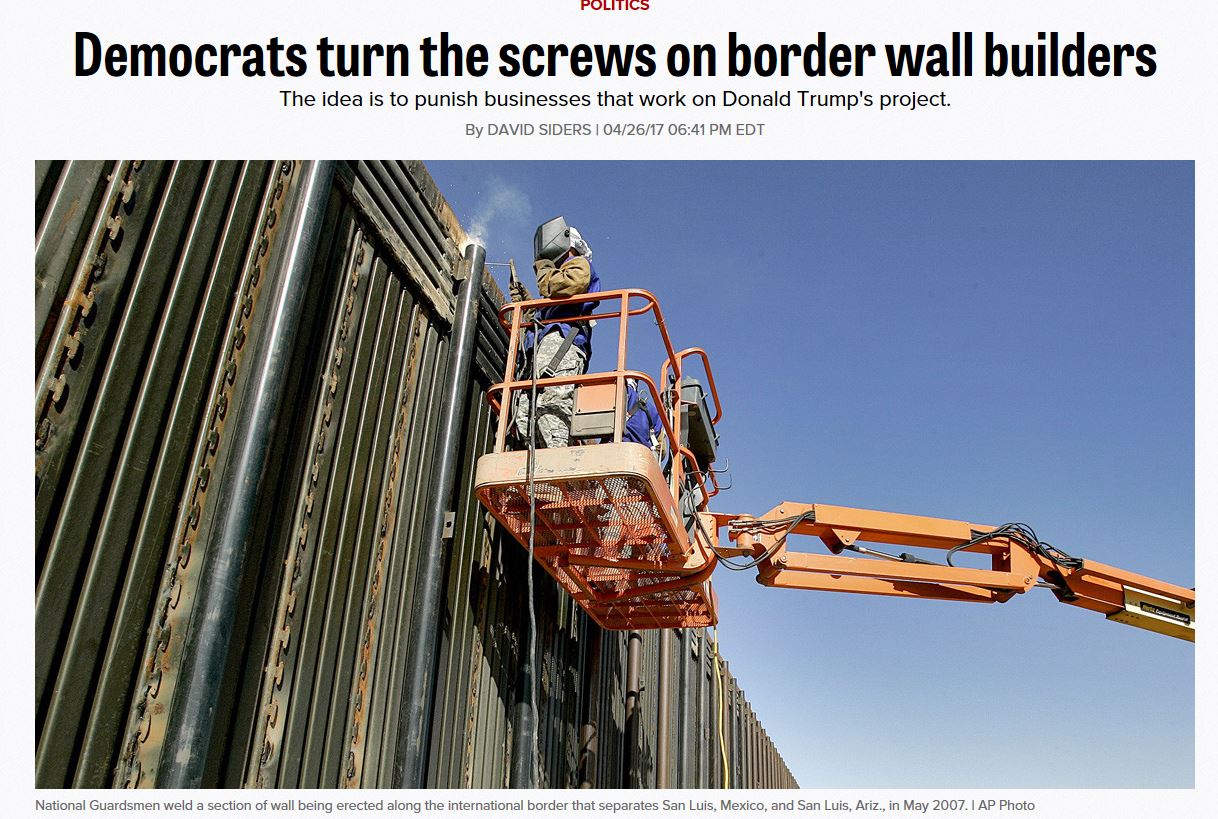 “I was part of the Trump movement as a Michigan chair, and I know that our voters are going to hold us accountable in 2018 if we do not keep the campaign promises that were made,” McDaniel, the niece of former presidential candidate Mitt Romney, said during an appearance on Laura Ingraham’s radio show Wednesday.

“When you get to Washington, sometimes you forget what was said outside and it’s important that we bring that back to Washington and let them hear what the voters expect of this government and of the president.”

“Our base is going to walk away,” she added. “They’re going to feel like, ‘Hey, you said one thing on the campaign trail to get elected and you didn’t act on it.'”

In the face of overwhelming opposition by Democrats, and many establishment Republicans, President Trump began backing away from demands for Congress to fund the border wall as part of a budget deal to prevent a government shutdown at the end of the week.

“These drug cartels are the ones crossing the border with impunity, smuggling drugs, smuggling narcotics, engaged in human trafficking,” Cruz told Fox News host Tucker Carlson. “They’re the ones violating our laws and it’s only fitting that their ill-gotten gains fund securing the border.”

For their part, state and local Democrats have begun attempts to dissuade businesses from working on the border wall.

In California, state officials have introduced a measure barring the state from awarding contracts to any company involved in the constructing the wall, while another measure to prevent the state’s pension fund from investing in those companies is pending.

Similar measures were introduced in New York and Rhode Island, while the city of San Francisco is considering a blacklist; the far-left local government in the city of Berkeley has already adopted one.