A New Jersey police department is replacing their beat cops with “virtual patrols” that can spy on you. 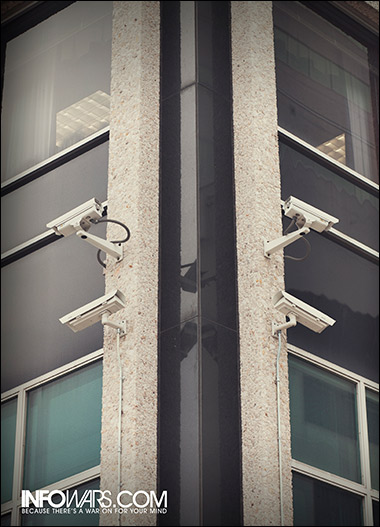 The Camden County Police Department recently created the Real Time Tactical Operation Intelligence Center in order to “help a reduced police force” by installing 120 cameras across the city, according to My9NJ.

The cameras can record in real-time and save footage for future use.

The police department also monitors the public with a mobile 40-foot high sky booth called the “Sky Patrol,” which is practically a prison guard tower.

The booth is high enough for police to intimidate the population below while scanning a wide area of the city with cameras, thermal-imaging, and other sophisticated spy tech.

Citizens have already resisted the Sky Patrol, which costs $135,000.

“When there’s that expectation that you are alone, and someone’s looking in a window or a fenced-in backyard, that’s a real problem,” Jeffrey Zucker, a criminal attorney, said to the Courier-Post of Cherry Hill. “If you’re on the street or your porch, it’s a different matter.”

He further stated that the Sky Patrol can test the limits on current police searches.

Another attorney, Kenneth D. Aita, said that the Sky Patrol is in a “very grey area” of the Fourth Amendment.

“Every ruling from the court will be based on specific facts of each case,” Aita said. “There is no precedent.”

Advertisement
Be sure to check out the latest Infowars magazine.

The Camden County police have already covered one-third of the city with microphones, calling them “gunshot detectors” as the cover story.

These “gunshot detectors” are capable of remotely eavesdropping on your conversations.

In fact, they are likely better at recording conversations than detecting gunshots, which are hard to distinguish from car backfires, firecrackers and other loud noises.

In New Bedford, Mass., one of these detectors recorded a street argument without a warrant.

The district attorney told the New York Times that he thought that this warrantless recording was admissible in court, claiming that “what is said and picked up” by the microphone in public “does not have the expectation of privacy.”

His office even gave the city of New Bedford $50,000 to keep the microphones.

Back in January, Paul Joseph Watson reported that the Department of Homeland Security would install them throughout Washington, D.C.

The DHS wanted “gunshot detectors” that could communicate with “other detection systems.”

Nationwide, police departments and federal agencies will continue to introduce Stasi-style surveillance under the guise of “pro-active law enforcement.”