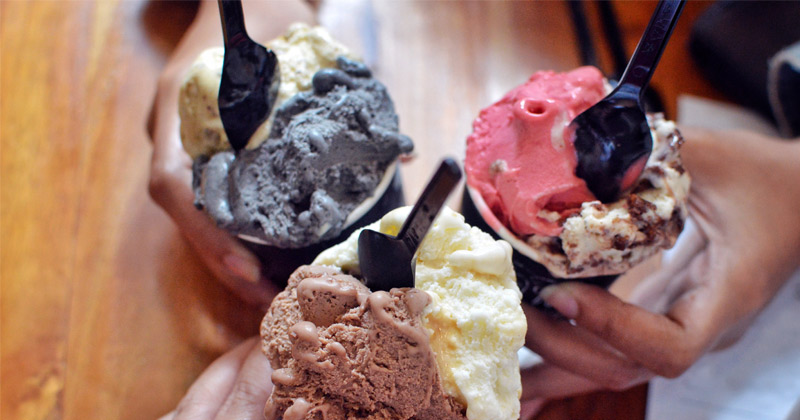 California isn’t nicknamed Commiefornia for nothing.

Decades of limited housing, water use restrictions, overzealous environmental regulations, and now a rapidly increasing minimum wage make it difficult for entrepreneurs. But despite it all, businesses are adapting, shifting investments away from personnel and toward automation.

Robots, at an increasing pace, are serving customers, as fast-food joints and grocery stores adapt to California’s high costs of doing business.

After a year-long process, the San Diego-based company finally got the OK from the state to operate. Small ice cream shops will be forced to get creative to stay competitive in the disrupted industry.

Without any need for human assistance, these kiosks dispense ice cream or frozen yogurt — as well as toppings — in just 60 seconds or less. Much faster than most experienced ice cream shop employees.

The convenience for customers combined with the affordability of not having a payroll might very well put some mom-and-pop stores out of business. Especially if they had already been suffering from the state’s minimum wage rules.

Much like Washington, California is slowly but surely facing the very bad consequences of minimum wage. And as the state grapples with the highest levels of poverty in the country amid evermore government interference in the name of income distribution, the state’s future doesn’t seem as sunny.

Reis & Irvy can’t be blamed for the worsening economic conditions in the state, just as we can’t blame the state’s nightmarish economic realities on McDonald’s or major grocery chains. But we can blame the lack of employment options to unskilled workers on the state’s constant labor market interference.

When businesses are faced with increased costs prompted by minimum wage laws, they need to choose between letting people go or looking elsewhere for cuts. Unfortunately for workers, especially those who aren’t as experienced or skilled, many choose to cut down on payroll to keep things going.

Over time, this translates into a problem for the poor and the less educated, as employers will prefer to hire someone with experience than pick someone who needs training. And that’s because the work produced by a less skilled worker may not be worth a higher minimum wage.

To blacks and Latinos, the two groups in California that fare worse when it comes to financial stability, this is a hard blow. These groups either become slaves to the state, as they become more inclined to seek welfare to survive, or to crime.

With one swift blow and a strike of a pen, bureaucrats not only worsen the already calamitous economic situation of the Golden State, but also grow a voter base all the more ready to keep them in power. After all, whenever the economy worsens, politicians make pledges that involve allocating more taxpayer money for those in need. In this way, a bureaucrat’s career is dependent on bad economic policies.

The law says: it is illegal, and therefore criminal, for anyone to hire anyone else below the level of X dollars an hour. This means, plainly and simply, that a large number of free and voluntary wage contracts are now outlawed and hence that there will be a large amount of unemployment. Remember that the minimum wage law provides no jobs; it only outlaws them; and outlawed jobs are the inevitable result.

So while clueless Californians flee to these convenient kiosks in the coming months, and activist groups boycott companies that use automated vending systems because they are “taking our jobs,” remember that politicians aren’t constantly pushing for minimum wage laws for the little guy. They are really just interested in their own bottom line instead.