President Trump will likely be removed from office if the Republican-led Senate holds an impeachment trial, according to Trump confidante Roger Stone.

Stone joined The Alex Jones Show in a rare interview on Friday to give a thorough rundown of the threats Trump faces amid the Democrats’ renewed impeachment push against him.

Roger Stone breaks his silence to bring an emergency message to President Trump during The Alex Jones Show.

Stone warned that the GOP-controlled Senate won’t hesitate to vote against Trump if his poll numbers continue to drop, but he also said the president won’t go down without a fight.

“This process is quite different,” he said. “I think that those who sit back and say, ‘Well, the House may impeach the president but surely the Republican Senate will never convict him,’ I think are being naive.”

“The president is in for an incredible fight because his critics — those in the mainstream media and their handmaidens in the two-party duopoly — are hoping that this tsunami of attacks on him…will wear his support down in the states where there are wobbly Republican senators, so they feel comfortable voting for his removal.”

To fight back against waffling Republicans, Stone urged Trump to unleash his “incredible fundraising juggernaut.” 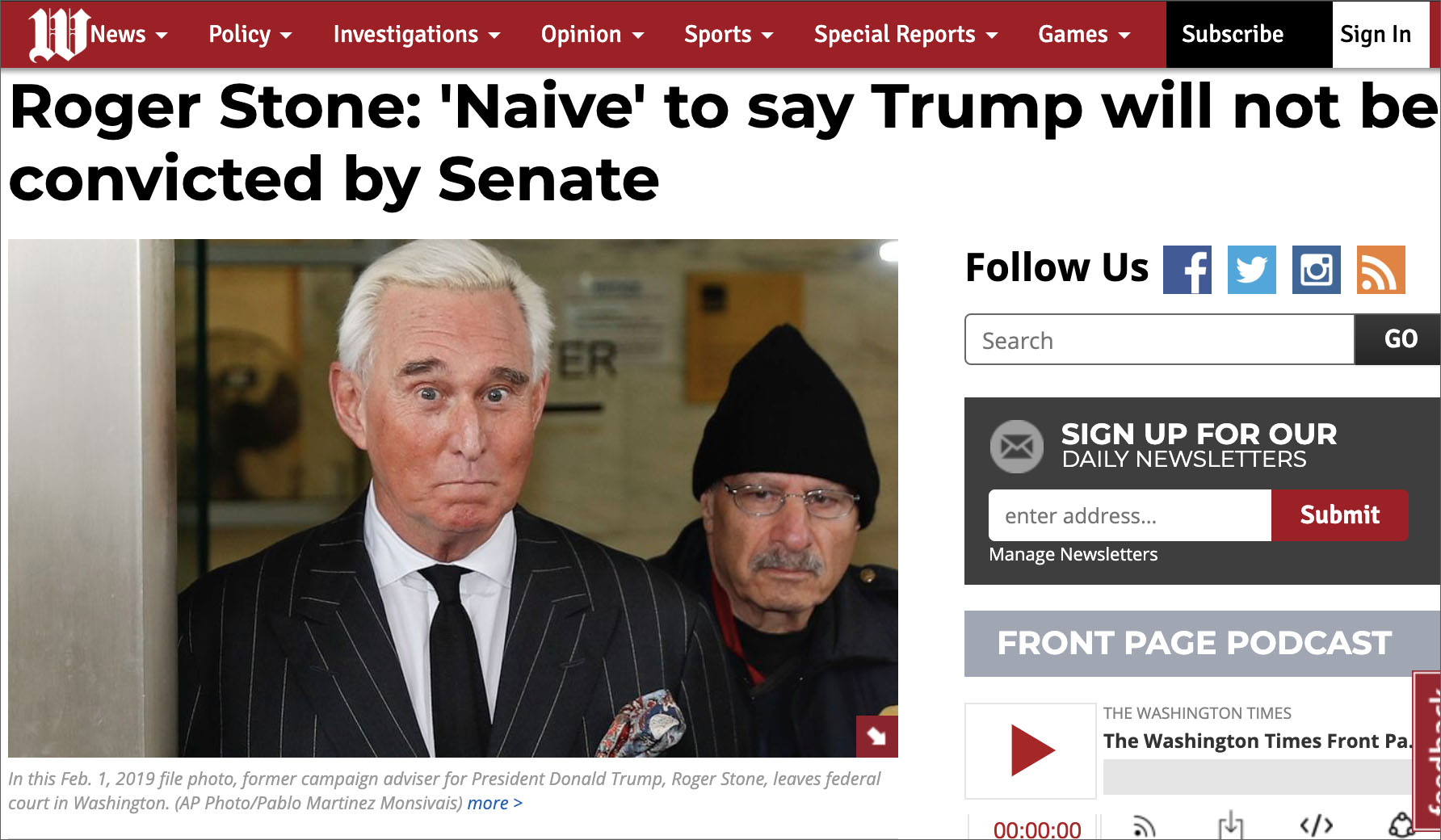 “Donald Trump is a brawler – he has resources,” Stone said. “I would begin utilizing that money to advertise, both digitally and on radio and on broadcast media, in those states where there are Republican senators who may be thinking about joining this lynch mob.”

“As long as the president remains more popular in those states than those individual senators, they will be loath to cast a vote against the president, particularly based on the thinnest read that we have seen so far.”

“My message to the president is take this very seriously,” Stone added, referring to the Deep State impeachment effort. “Stay very focused on those states with wobbly Republican senators. That is where this fight will be won or lost.”

Vehement anti-Trump Sen. Mitt Romney (R-Utah) indicated he may vote for impeachment after his Twitter account alias “Pierre Delecto” was discovered this week, which had ‘liked’ several posts about impeaching Trump.

Additionally, Senate Majority Leader Mitch McConnell (R-Ky.) signaled his willingness to cooperate with the Democrat impeachment effort, promising to bring articles of impeachment to trial in the Senate should it pass within the House.

Watch these excerpts from Stone’s critical interview below: