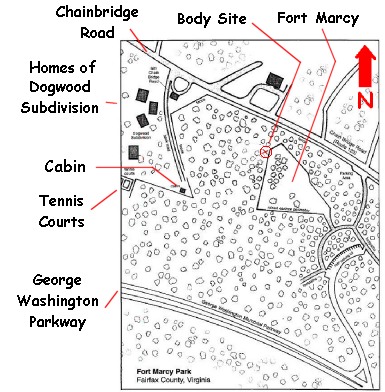 Twice in the recent past so-called conservative Republican presidents have had an opportunity to remake the US Supreme Court and set it on a solidly conservative direction.

Unlike President Ronald Reagan who gave us supreme court justices like William Rehnquist and Anthony Kennedy, George H.W Bush gave us David Souter who joined the liberal block on the court while his son George W Bush gave us John Roberts who cast the deciding vote to save Obamacare. President Donald Trump must be cautious not to make such a mistake.

Donald Trump’s appointment of a second supreme court justice, even before he and his party have to face his first mid-term congressional elections, may be the single most consequential decision – and opportunity – of his entire presidency.

This is blazingly apparent just in the insane, mass conniption fit thrown by the radical left since the moment Anthony Kennedy’s resignation was announced. The appointment of Judge Brett Kavanaugh, who by all reports is on the president’s short list, would be a mistake, however.

Kavanaugh is not only the candidate of Karl Rove and the Bush family, but the mainstream media praise for his potential appointment shows he is a deep state quisling. Even more troubling is the fact that Kavanaugh, as a federal prosecutor, intimidated and tampered with witnesses in the Clinton advisor Vince Foster’s mysterious death and the finding of his body at Fort Marcy Park.

Those on the right who say Foster was murdered by the Clintons are wrong. He did indeed commit suicide, having psychologically been driven to it by Hillary.

Although Foster killed himself, it was in his old executive office building office that he did so. Hillary admits in her own biography that she feared Foster’s White House office would become a “crime scene” with federal investigators having access to all of Clinton’s most confidential records. Foster’s body was rolled into a carpet and it was dumped in Fort Marcy Park. The FBI toxicology report confirms that Foster was covered head-to-toe with carpet fiber.

A witness, Patrick Knowlton, was driving up the GW Parkway towards home when happened by the park where Foster’s corpse had been transported and staged to look like an on-site suicide.

But when the parkway got congested, he pulled into Marcy Park to urinate. Knowlton relieves himself behind a bush but upon returning to his car saw two men in a blue automobile with Arkansas license plates. The men were menacing and he left quickly. When he learned on the news that this was the day Clinton’s presidential aide Vince Foster’s body was found in Fort Marcy Park, Knowlton made the biggest mistake of his life by calling the Parkway Police and the FBI and telling them what he did – and did not see. Incredibly, federal prosecutor Brett Kavanaugh, rather than welcoming this information, undertook a campaign to terrorize, threaten and intimidate Knowlton into changing his story.

Kavanaugh, working for Special Counsel Ken Starr, browbeat, intimidated and tampered with the testimony of Patrick Knowlton who ultimately filed a compelling lawsuit over this prosecutorial abuse.

It is interesting that Foster’s car keys were found not in his pocket but thrown yards away from his body. In my book “The Clinton’s War On Women”, I identify the thugs who did Hillary’s dirty work, but it is the bullying tactics that render him unfit for Trump’s appointment to the Supreme Court.

The attack on Knowlton by Kavanaugh was brutal. His unequivocal witness statements to the Park Police investigators suddenly created consistency problems for the cover-up story that Foster had driven himself to the park in his brown vehicle and shot himself there. Knowlton saw a different vehicle, not Foster’s, and vehemently denied that Foster’s brown vehicle had been there when Knowlton first arrived. It could only have arrived sometime later after Foster was known to already be dead.

Enter Brett Kavanaugh, a junior rising federal prosecutor supposedly tasked to investigate and, if required, prosecute any matters arising out of the larger Whitewater special prosecutor investigation, including the Foster death. Kavanaugh accused Knowlton of being on drugs, of being drunk, of being in the park for a homosexual assignation and badgered him relentlessly to remember the color of the car as brown. Knowlton’s phones were tapped and he was put under physical surveillance, all at the direction of would-be Supreme Court Justice Brett Kavanaugh. All to cover up for the Clintons and silence this inconvenient witness, Patrick Knowlton, who would ultimately file an extraordinary lawsuit against the government.

President Trump should not be fooled. U.S. Appeals Court Judge Brett Kavanaugh is the ultimate deep state legal mercenary and ascendant judicial errand boy for the deepest of the deep state.

The insiders show their hand; before Trump could even pull his list of possible nominees out of his desk drawer, the usual suspects in the fake news corporate media and the extended Bush-Clinton-Obama sedition network that has been gunning for Trump since day one, were busy propping up and pushing Kavanaugh as the frontrunner – the top pick – the odds-on favorite – whatever description they could use to front-load the selection process in Kavanaugh’s favor.

The Swamp has spoken and it wants Kavanaugh. They will try to make his ascension to the high court seem like an inevitability, even as to President Trump himself. It is incredibly imperative that President Trump reject these machinations and not consider Kavanaugh for so much as another second.

There are better choices for the court, which badly needs a libertarian within its conservative wing.

Trump’s emotional favorite for the appointment is Judge Andrew Napolitano, a possibility ruled out by age and his media persona.

Trump needs a quick, easy confirmation. Senator Mike Lee, a man who I have publicly disagreed with but who I think nonetheless is a principled libertarian who is deeply suspicious of government and can easily be confirmed.

Susan Collins is a friend of mine who I disagree with on most things but a woman who I believe is of great principle. Although I don’t know Lisa Murkowski, I do know the libertarian spirit of the people in Alaska. I think both these fine woman senators would be hard put to oppose Mike Lee.

There is a discussion of Judge Napolitano, however, as a possible Attorney General when Trump finally decides to give Sessions the heave-ho.

Former US Attorney Anthony McCarthy is another Giuliani would push to clean house at the Sessions-Rosenstein DOJ where cover-up of the Clinton’s and Obama’s crimes seems to be the first priority.

Judge Willet from Texas is a noble idea and a real libertarian as is Amy Barrett, a principled conservative that liberals would pick apart over her devout Catholicism.

They would both be good choices but probably unconfirmable. Trump could gamble on another woman but Mike Lee is a sure win, clean, quick and before the 2018 election.

If the president is not already of this mind, it shouldn’t take much convincing, since just last month in a rally speech Trump himself brought up the very incident that is at the root of why Kavanaugh is absolutely unfit to serve on the high court, or on any bench really, and must be disqualified.

It would be like letting Hillary Clinton appoint the next justice; Kavanaugh has been a loyal soldier in the Bush/Clinton Crime Syndicate. He is the wrong man for this job because he did clean-up work for the Clintons and the political establishment.