Incredibly, California Congressman Adam Schiff is predicting that the Justice Department will prosecute me for perjury over testimony I voluntarily provided to Congress in September. He hasn’t explained how a member of the legislative branch could know what a department of President Trump’s executive branch has determined and will allegedly do. It’s part and parcel of the “big lie technique” at which this Harvard-trained huckster excels.

Hiding behind congressional immunity that protects him from being sued for defamation, Schiff has slandered me. On all material questions of any relevance to the committee’s investigation, my testimony was entirely accurate and truthful.

To the extent that I made any errors based on faulty memory, they were errors to my benefit. I correctly identified Randy Credico — a talk-radio host in New York — as the source who first told me about the political significance and the October 2016 release of materials on Hillary Clinton. Wikileaks publisher Julian Assange said on CNN in June 2016 that he had obtained the materials and would publish them.

However, I did not recall the text messages subsequently found in an old cell phone that indisputably proved Credico was my source. Credico’s source was, as I had maintained, a female lawyer working for Wikileaks. In other words, I failed to recall evidence that was exculpatory.

Infowars’ Roger Stone tells Rep. Adam Schiff to put his money where his mouth is.

Schiff also repeatedly maintained that I failed to turn over relevant documents to the committee. A review of their document request — Schiff himself co-signed — was extremely narrow and contained no mention whatsoever of which Wikileaks or their disclosures. It asked specifically for any communications with the Russian state or agents for Russian intelligence. With the assistance of counsel, I complied fully and voluntarily with their narrow and vague document requests.

The antics of Adam Schiff are standard operating procedure for this charlatan, who frequently makes explosive public charges readily lapped up by the media in order to generate headlines. Schiff and his enablers in the media virtually never come up with proof to back his accusations.

In fact, it’s Schiff’s trail of fabrications that are always shifting.

In a March 22, 2017 exchange with Chuck Todd on Meet the Press Daily, Todd suggested that the evidence of collusion was at best circumstantial. “Actually, no, Chuck,” Schiff said. “I can tell you that the case is more than that. And I can’t go into the particulars, but there is more than circumstantial evidence now. … I will say that there is evidence that is not circumstantial, and is very much worthy of investigation.”

On Nov. 1, during a House Intelligence Committee hearing, Schiff laid out the evidence for Trump-Russia collusion. “What is clear is this: the Kremlin repeatedly told the campaign it had dirt on Clinton and offered to help it, and at least one top Trump official, the president’s own son, accepted.”

Schiff, of course ignored that fact that Donald Trump, Jr. received nothing whatsoever from the Russian lawyer he met with, and that the Russian woman in question met both before and after the Trump Tower meeting with Glenn Simpson of Fusion GPS, who produced the bogus dossier about Trump with assistance from Russian intelligence assets. Schiff also ignored questions about who issued her visa to enter the country — after the U.S. attorney for the Southern District of New York denied it. Of course, Schiff never lets the facts get in the way of a political smear.

On Dec. 10, 2017 Schiff once again stated, “We have all of these facts in chronology, you’d have to believe that these were all isolated incidents, not connected to each other — just doesn’t make rational sense … We do know this: the Russians offered help, the campaign accepted help, the Russians gave help and the president made full use of that help. That is pretty damning, whether it is proof beyond a reasonable doubt of conspiracy or not.”

Again, the Trump campaign accepted and made use of nothing. But don’t interrupt little Adam Schiff when he’s on a rhetorical roll.
Schiff statedon Feb. 7, 2018 that there was “certainly a lot of evidence” of collusion between the Trump campaign and Russia.” He added, “In terms of ethical violations and acting against the interest of the United States, that evidence is already ample and in the public view.”
Again, the congressman from West Hollywood has produced evidence of no such thing.

In what appeared to be a direct reversal, Schiff appeared on ABC’s “The View” on March 3, 2018. He finally had to concede that the panel he co-chaired had seen no evidence at all that the Trump campaign “colluded” with the Russian government during the 2016 election.

Yet on April 15, appearing on ABC’s “This Week,” Schiff made a point to say that it was “simply not true” that there had been no evidence the 2016 presidential campaign for Donald Trump colluded with Russia.”

Schiff, the ever-hopeful wannabe star, continued making headlines such as this one on April 27, 2018: “ADAM SCHIFF ANNOUNCES DEMOCRATS HAVE EVIDENCE OF TRUMP/RUSSIA COLLUSION.” The story quoted Schiff: “In fact, we found evidence of collusion in the abundant secret meetings and communications between Trump campaign officials and associates.”

Finally, Schiff changed his assertions of collusion yet again on NBC’s “Meet the Press.” As if trying to clarify his many contradictory statements, he defended his committee’s investigation, saying: “At the outset of the investigation, there was circumstantial evidence of collusion.”

It’s time for the congressman to Schiff or get off the pot. If he has hard evidence — not vague innuendo — that I colluded with the Russian State or collaborated with Wikileaks, let him produce it. I’m waiting.

Roger Stone is a legendary Republican political consultant and a veteran of many national Republican presidential campaigns. He’s also the men’s fashion correspondent for The Daily Caller and editor of Stonezone.com.

This article first appeared at The Daily Caller. 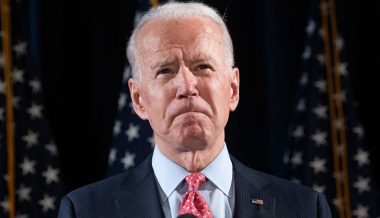 Joe Biden Throws In The Towel 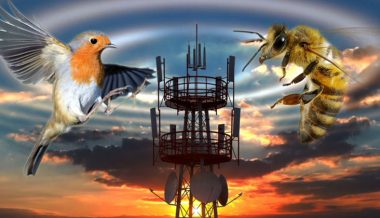