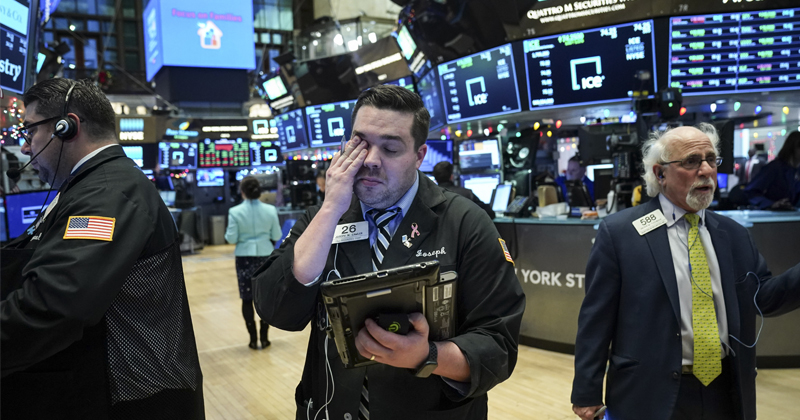 While Congress and the president fight over funding a border wall, they continue to ignore the coming economic tsunami caused by the approximately 22 trillion dollars (and rapidly increasing) federal debt.

President Trump may not be troubled by the debt’s effect on the economy because he believes he will be out of office before it becomes a major problem. However, the crisis may come sooner than he, or most people in DC, expects.

The constituency for limited government, while growing, is still far outnumbered by those wanting government to provide economic and personal security.

From lower-income Americans who rely on food stamps, public housing, and other government programs, to middle-class Americans who live in homes they could not afford without assistance from federal agencies like Fannies Mae and Freddie Mac, to college students reliant on government-subsidized student loans, to senior citizens reliant on Social Security and Medicare, to billionaire CEOs whose companies rely on bailouts, subsidies, laws and regulations written to benefit politically-powerful businesses, and government contracts, most Americans are reliant on at least one federal program.

Many programs are designed to force individuals to accept government aid. For example, it is almost impossible for a senior citizen to obtain health insurance outside of Medicare.

The welfare state is fueled by the Federal Reserve’s easy money policies, which are also responsible for the boom-and-bust cycle that plagues our economy. The Federal Reserve’s policies do not just distort our economy, they also distort our values, as the Fed’s dollar depreciation causes individuals to forgo savings and hard work in favor of immediate gratification. This has helped create an explosion of business and individual debt. There has been a proliferation of bubbles, including in credit card debt, auto loans, and student loans. There is even a new housing bubble.

An economy built on fiat currency and public and private debt is unsustainable. Eventually the bubbles will burst. The most likely outcome will be the rejection of the dollar’s world reserve currency status due to government debt and the Federal Reserve’s monetization of debt. When the bubbles pop, the result will be an economic crisis that will likely dwarf the Great Depression.

The fall of the dollar and the accompanying economic downturn will make it impossible for the government to continue running up huge debts to finance a massive welfare-warfare state. Thus, Congress will be forced to raise taxes and cut benefits. Cowardly politicians will likely outsource the job of raising taxes and cutting benefits to the Federal Reserve. This will cause a dramatic increase in the most insidious of taxes: the inflation tax.

As the Federal Reserve erodes the value of the dollar, thus reducing the value of both earned paychecks and government-provided welfare benefits, a large number of Americans who believe they are entitled to economic security will react by engaging in acts of violence. Politicians will use this violence to further crack down on civil liberties. The resulting economic and civil unrest will further the growth of authoritarian political movements.

Fortunately, the liberty movement continues to grow. This movement counters the authoritarian lies with the truths of Austrian economics and the non-aggression principle. While the years ahead may be tough, if those of us who know the truth work hard to educate others, the cause of liberty can prevail.