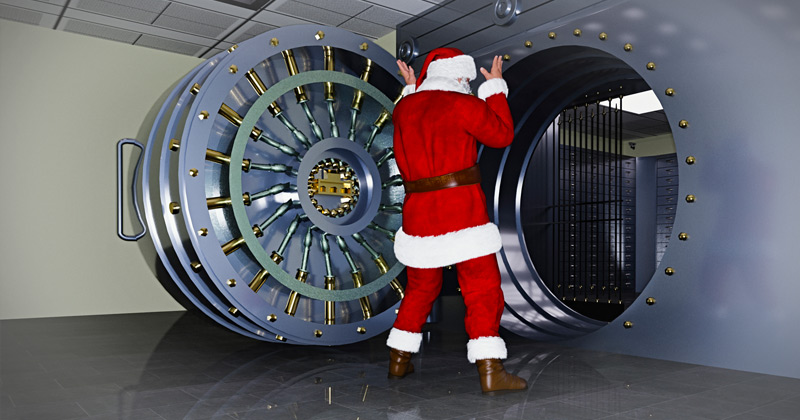 The bickering over impeachment did not stop the president and Congress from coming together last week to avert a government shutdown by passing a 1.4 trillion dollar spending package.

The agreement was split into two bills. Both bills were unveiled last Monday afternoon. The bills passed the House on Tuesday, so only the House leadership and the members of the Appropriations Committee (and their staffs) who helped write the over 2,000-page deal had any idea what was in the bills. But most members voted for the spending bills because they were fearful of backlash over another Christmastime government shutdown. House leadership simply “waived” the rule requiring that all legislation be available at least three days before being voted upon.

The modern practice of funding the government via gigantic omnibus bills that are rushed into law puts the growth of government on autopilot. This practice also gives the president more influence over the budget, violating the spirit, if not the letter, of the Constitution’s grant of authority to Congress to appropriate funds, which was intended as a check on executive power.

Meanwhile, the Federal Reserve continues pumping billions into the repurchasing market. When the Fed began injecting money into the market in September, it said intervention was a temporary measure to address a short-term liquidity shortage. Three months later, the Fed is not only continuing to bail out the repurchasing market, it is preparing for other bailouts. This is further evidence that we are on the verge of another Fed-created economic crisis.

When the crisis hits, the best thing the Fed could do is not to lower interest rates below the levels set by the market. This would allow consumers, businesses, and government to liquidate their debt and restore a sound foundation for future growth. If the Fed did not interfere with the painful but necessary correction, it would only be a short time before a real economic boom commenced.

The Federal Reserve is unlikely to follow this path because of the short-term pain it would cause debt-ridden consumers and, more importantly, the pain it would cause politicians who would be forced to cut spending and/or raise taxes. But continuing to artificially lower interest rates will inevitably result in an economic crisis brought about by a rejection of the dollar’s world reserve currency status.

The Federal Reserve’s manipulation of interest rates depreciates the dollar’s value, enabling the growth of the welfare-warfare state while enriching the insiders who receive the new money before prices rise. The brunt of dollar depreciation is felt by middle- and working-class Americans whose paychecks do not keep up with the rising cost of living.

Inflation is nothing more than a hidden and regressive tax. Auditing and ending the Fed should thus be a top priority of those concerned about rising income inequality and poverty, as well as those dreaming of a Christmas free of 2,000-page omnibus spending bills.