During Last night’s NBC hosted GOP debate in Florida, Ron Paul was once again roundly ignored and dismissed as a potential candidate.

Paul spoke for less than 6 minutes out of the hour long debate. He was skipped over completely on three questions when everyone else got to speak, and was not offered the chance to respond to several attacks on his policies from the other candidates.

In comparison, Romney and Gingrich were afforded close to 35 minutes of speaking time, not even taking into account the now ubiquitous bickering between the two that viewers had to once again endure.

When Paul did want to speak he had to raise his hand and wave at the moderators like he was a troublesome fourth grader at the back of the classroom.

Debate moderator Brian Williams took around 15 minutes before finally asking Ron paul a question. The line of questioning from there on in essentially amounted to ‘You are unelectable so when are you going to drop out of the race?’

“To say that there has only been three races and talk about not being electable, I think is a bit of a stretch,” Paul said, once again highlighting that he had no desire at this time to run as a third party candidate.

Williams then asked Paul if he would endorse Newt Gingrich, again glossing over the fact that Paul is still as much in the race as Gingrich is. Williams even asked Gingrich if he would welcome an endorsement from Ron Paul, as if Paul was already out of the race.

The Congressman pointed out that the delegates out of Iowa have not been appointed yet. “Quite frankly we have a pretty good chance of getting a good number of those.” Paul said, adding that when matched up against Obama, he has polled as well as, if not even better than the other three remaining candidates.

The Congressman did manage to speak briefly to some important issues such as monetary policy and foreign policy, and he was able to make a salient point about Gingrich being forced out of office when he was Speaker of the House in the late 90s.

“He didn’t not run for Speaker two years later,” said Paul. “He didn’t have the votes, that was what the problem was.”

Watch all of Paul’s airtime below: 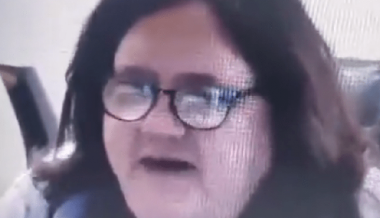