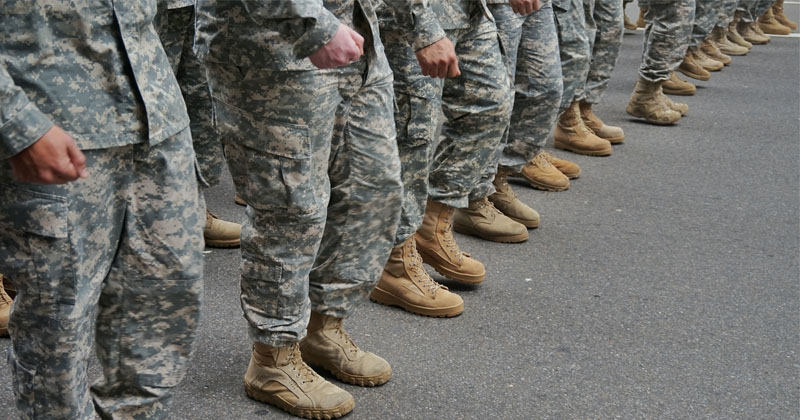 During recent increased US-Iran confrontation, so many people viewed the Selective Service website to find out about the draft that the website crashed. People were right to be concerned about a return of the draft.

With the ongoing military conflicts in Iraq and Afghanistan unlikely to end any time soon, and the possibly of the US being neoconned into war with Iran and possibly even Russia or China, the demand for troops is likely to rise. At the same time, soldiers return home with lifelong medical problems, including psychological problems, causing a horrifying number of veterans to commit suicide. All this can make it more difficult for the military to attract recruits. And it can leave a Congress unwilling to pursue nonintervention with a choice: increase spending on troops’ pay and benefits or bring back the draft. A Congress facing an over 25 trillion dollars debt may reinstate the draft instead of further increasing spending on the troops.

Any future draft will probably include women, thanks to judges, politicians, and feminists who think women should have the “opportunity” to be forced to join the military.

A military draft violates the principle that individuals have inalienable rights that no government should violate. A draft also puts all of our rights at risk. If we accept that the government has the legitimate authority to force individuals to fight, kill, and die in a war, then how can we argue that the government cannot force citizens to pay high taxes, purchase health insurance, or submit to TSA screenings? How can we argue against the government forbidding people from smoking marijuana or owning “assault” weapons? Many traditional conservatives, including Ronald Reagan, opposed the draft, pointing to its threat to individual rights.

Some antiwar individuals have endorsed the draft on the theory that a draft makes politicians less likely to support war. But the draft did not stop politicians from supporting unnecessary wars like World War One, the Korean War, and the Vietnam War. While the draft helped galvanize opposition to the Vietnam War, it took almost a decade of American casualties for opposition to reach critical mass. More importantly, the draft violates the nonaggression principle, which is the moral heart of libertarianism. Advocating use of force to advance even as noble a goal as peace is itself immoral and sets back the cause of liberty.

All those who support liberty must be prepared to fight any attempt to reinstate the military draft or to mandate any other type of national service. We must mobilize as many people as possible to tell the politicians it is unacceptable for the US government to enslave people in the military or otherwise. We must also support those who engage in civil disobedience. As Ronald Regan stated, the draft “rests on the assumption that your kids belong to the state…. That assumption isn’t a new one. The Nazis thought it was a great idea.”

Americans from all over the country rallied in Virginia.