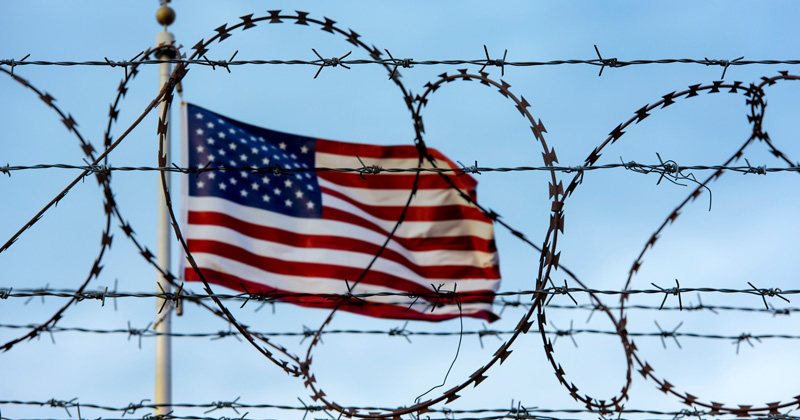 Last Monday, a bipartisan group of Senators and a coalition including libertarian and progressive activists thwarted a scheme to ram through the Senate legislation renewing three provisions of the USA FREEDOM Act (previously known as the USA PATRIOT Act). The bill had already been rushed through the House of Representatives, and most expected it to sail through the Senate. But, instead, Senate leadership had to settle for a 77-day extension.

Senate leadership was also forced to allow consideration of several amendments at a later date. Included is Sen. Rand Paul’s amendment that would forbid the FISA court from issuing warrants targeting American citizens.

Deep state supporters claim the expiring business records provision (which authorizes the collection of our communications and was at the center of Edward Snowden’s 2013 revelations), lone wolf provision (which allows government to subject an individual with no known ties to terrorists to warrantless surveillance), and roving wiretaps provision (which allows government to monitor communications on any device that may be used by a targeted individual) are necessary to keep Americans safe. But, since Congress first passed the PATRIOT Act almost 20 years ago, mass surveillance, warrantless wiretapping, and bulk data collection have not stopped a single terrorist attack.

The legislation does have “reforms” aimed at protecting civil liberties, but these new protections contain loopholes that render the protections meaningless. For example, the bill requires those targeted for surveillance to be notified that the government spied on them. However, this requirement can be waived if the government simply claims — not proves but just claims — that notifying the target would harm “national security.”

The notice provision also only applies to the target of an investigation. So, if you were caught up in a federal investigation because a coworker is being targeted and you shared an office computer, or if a store clerk reported to the government you and others bought pressure cookers, the government could collect your phone records, texts, and social media posts without giving you the chance to challenge the government’s actions.

The bill also makes some reforms to the special FISA court, which serves as a rubber stamp for the intelligence community. These reforms are mainly aimed at protecting political campaigns and candidates. They would not stop the FISA court from rubber-stamping surveillance on organizations that oppose the welfare-warfare-surveillance-fiat money status quo.

Anything limiting warrantless wiretapping and mass surveillance should be supported. However, nothing short of repeal of the USA FREEDOM Act will restore respect for our right to live our lives free of the fear that Big Brother is watching. The path to liberty, peace, and prosperity starts with eliminating all unconstitutional laws and returning to a system of limited government, free markets, individual liberty, sound money, and a foreign policy that seeks peaceful commerce and friendship with all instead of seeking new monsters to destroy.