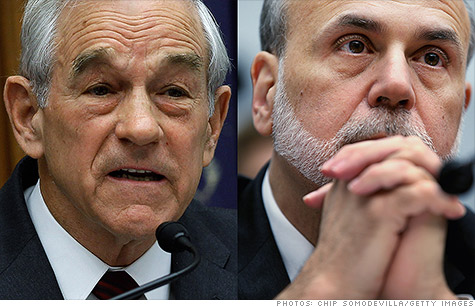 It’s been rather quiet on the Ron Paul front, but the presidential candidate recently questioned Federal Reserve Chairmen Ben Bernanke on monetary policy, one of the Libertarian’s favorite themes.

While Paul’s quest to end the Fed, or to at least increase its transparency, may seem to be a losing battle to many observers, he’s certainly educated the public on the Fed’s culpability in encouraging reckless banking and investment practices, as well as government largesse.

One of the best exchanges between Paul and Bernanke was as follows:

Paul: Under the Constitution, who has the authority to manage monetary policy?

Bernanke: The Congress has the authority and it’s delegated it to the Feder Reserve. That’s a policy decision that you’ve made.

Paul: But they can’t transfer authority. You can’t amend the Constitution by just saying ‘Ee’re gonna create some secret of individuals and banks.” That’s amending the Constitution. You can’t do that! … Which branch of government has the right of oversight [of the Federal Reserve]?

Bernanke: The Congress… We fully accept that, and fully accept the need for transparency and accountability. But it is a well-established fact that an independent central bank will provide better outcomes… There’s no constitutional reason why Congress couldn’t just take over monetary policy. If you want to do that, I guess that’s your right to do it, but I’m advising you that it wouldn’t be very good from an economy policy point of view.

Paul: If it’s allowed to be done in secret, this is the reason why I want to work within the system… Congress out to get a backbone… We have an obligation to defend our currency… If you destroy the value of currency through inflation, you transfer the wealth of the middle class and it gravitates to the very wealthy—the bankers, the government, the politicians, they all love this…

The Federal Reserve is the facilitator… If everybody loves big government, love the Fed: they can finance the wars and all the welfare you want. But it doesn’t work and it eventually ends in a crisis…. I think the very first step is transparency…

Bernanke: All of the actions we took during the crisis—the swaps, all of those things—are fully disclosed. It’s not a question of information, it’s a question of whether or not you want to give the Fed those powers. If you don’t want to, of course, Congress has the right to take them back. 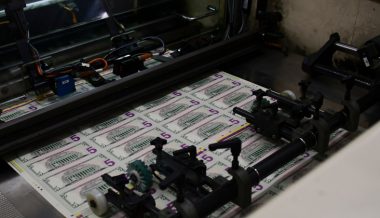