‘Anyone Worth $100 Million, Take Their Wealth’

Comedienne and actor Roseanne Barr elaborated on her recent controversial comments about beheading bankers and putting the rich in re-education camps, telling the Alex Jones Show that anyone worth $100 million or more should have their wealth taken by force. 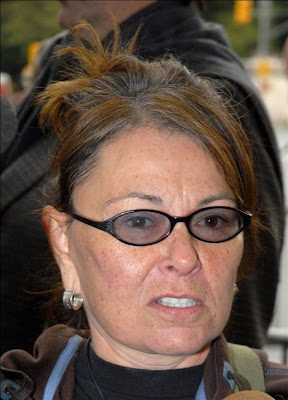 Barr caused a firestorm this past weekend when she proposed a radical solution for rich people who refuse to give back everything they earn over $100 million dollars – execution and Communist-style brainwashing camps.

“If they are unable to live on that amount of that amount then they should, you know, go to the re-education camps and if that doesn’t help, then being beheaded,” Barr told Max Keiser.

Barr made it clear that she didn’t support communism and instead was seeking a completely new financial system and form of government.

“When an entire country has been fleeced and robbed, there needs to be an entirely different kind of justice that doesn’t allow for that,” said Barr, pointing out that Martha Stewart has been the only high profile individual arrested for insider trading and that bankers who committed the same crime have been protected.

Labeling her idea a “new definition of guilty,” Barr said that people whose total wealth is $100 million or over “need to pay a price for what they’ve done,” adding “There’s no reason for anybody to be a bigger pig than to own $100 million dollars, it’s just a pig culture that allows people to starve in the streets and other people have a hundred million.”

However, Barr qualified her remark by saying that certain people, like her good friend Michael Moore who last week called to “end capitalism” yet is worth a reputed $50 million dollars himself, could be exempt from the new policy.

“He’s a very dear friend of mine….but yes I would take his wealth if it’s over $100 million, although I would be more forgiving towards Michael because I know how many people and how many organizations he does support, so you know I would make some allowances, I wouldn’t be like Stalin or anything.”

“I wouldn’t take Oprah’s either because she does good things,” added Barr.

Explaining her call for “re-education camps,” Barr explained, “That’s for bankers, that’s for the guilty, because I wouldn’t want to immediately behead the guilty….because I’m a compassionate human I would allow them to go and be re-educated, it wouldn’t be straight to the guillotine.”

Barr said that the best location for the guillotines would be in the public square in front of the White House, adding that the executions would dissuade other bankers from continuing their behavior and that, “people should be forced to share and forced to care.”

Watch the full interview with Barr below.