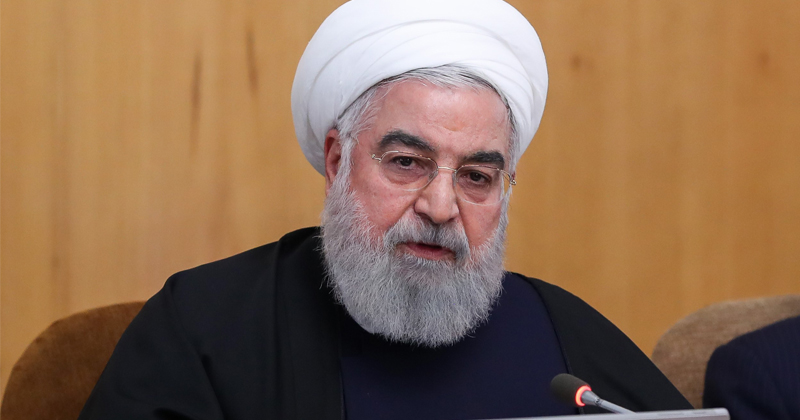 As many predicted while seeing the obvious writing on the wall after the Jan.3rd drone assassination of IRGC Quds Force Gen. Qasem Soleimani, the Iran nuclear deal is fast unraveling and perhaps is in reality already dead — just few in Europe want to recognize it after essentially caving to Trump’s maximum pressure campaign.

But Iran’s leaders themselves seem to accurately perceive where things actually stand, given President Hassan Rouhani announced during a television address on Thursday:

“We are enriching more uranium [than] before the deal was reached… Pressure has increased on Iran but we continue to progress.”

This after a Jan.6 declaration that Tehran no longer sees its nuclear energy program as beholden to limits under the JCPOA. And this newest proclamation reveals Iran is now enriching more uranium than before 2015.

German foreign minister Heiko Maas had warned in the days after the killing of Soleimani that the event marks the “first step towards the end” of the nuclear deal. But we would suggest it in reality marked the final step — given Iran’s Thursday declaration positively boasting that any and all enrichment limits have been blasted through.

Indeed in these latest comments Rouhani reaffirmed that “no restrictions on nuclear energy” remain and that Iran is “better off in terms of nuclear power.”

That’s it, no going back, apparently — though after the UK, France and Germany early this week took the drastic step of triggering the nuclear deal’s ‘dispute resolution mechanism’ in order to “bring Iran back into full compliance with its commitments under the JCPOA” — the clock starts on 65 days of intensive negotiations before UN sanctions would be reimposed if no resolution is reached. But Rouhani did add in this speech that “dialogue” with the world is “still possible”.

Rouhani’s claim is still in doubt, as Al Jazeera explains:

Iran has only modestly increased its nuclear activity after the US pullout. In recent months it boosted its enrichment of uranium to 4.5 percent – higher than the 3.67 percent limit set by the agreement, but far from the 20 percent enrichment it was engaged in before the deal.

Uranium must be enriched to 90 percent to be used in a nuclear weapon.

Meanwhile Iran has accused Europe of caving to Trump’s “bullying” — a charge for which there appears to be some evidence.

“They say ‘We are not responsible for what the United States did.’ OK, but you are independent” he began. And then added a stinging rebuke: “Europe, EU, is the largest global economy. So why do you allow the United States to bully you around?”

Now Europe is worried about nuclear proliferation after the dizzying events leading to serious escalation over this past month, despite Iranian leaders claiming their program remains solely for peaceful nuclear energy purposes.

One European official close to negotiations with Iran told The Guardian this week that they fear the next ‘point of no return’ step is for Iran’s scientists to “learn something that it is not possible for them to unlearn”.