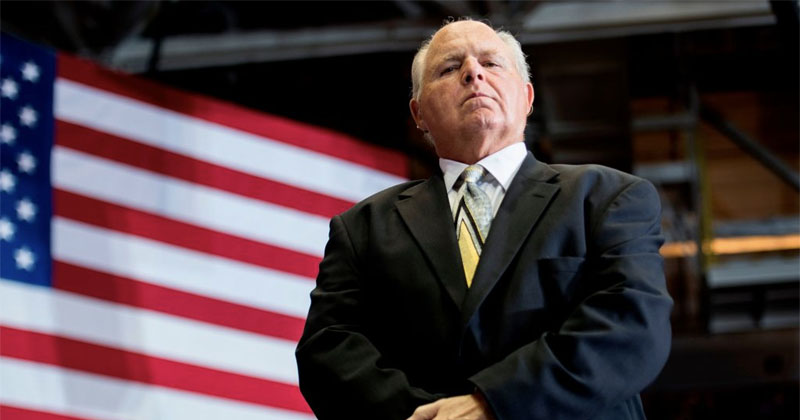 Conservative talk radio titan Rush Limbaugh revealed on his program Monday that he has been diagnosed with advanced lung cancer, and will be off air for several days to undergo treatment.

“This day has been one of the most difficult days in recent memory, for me, because I’ve known this moment was coming,” Limbaugh said. “I’m sure that you all know by now that I really don’t like talking about myself and I don’t like making things about me…one thing that I know, that has happened over the 31-plus years of this program is that there has been an incredible bond that had developed between all of you and me.”

“So, I have to tell you something today that I wish I didn’t have to tell you. It’s a struggle for me, because I had to inform my staff earlier today,” he said. “I can’t help but feel that I’m letting everybody down with. The upshot is that I have been diagnosed with advanced lung cancer.”

“I thought about not telling anybody,” Limbaugh continued. “It is what it is. You know me, I’m the mayor of realville, so, this has happened and my intention is to come here every day I can, and do this program as normally and as competently and expertly as I do each and every day because that is the source of my greatest satisfaction professionally, personally.”

Predictably, this thread is full of leftists celebrating Rush Limbaugh having advanced lung cancer. Can you not just give it a rest for one single fucking time? https://t.co/9cd9BOU91Q