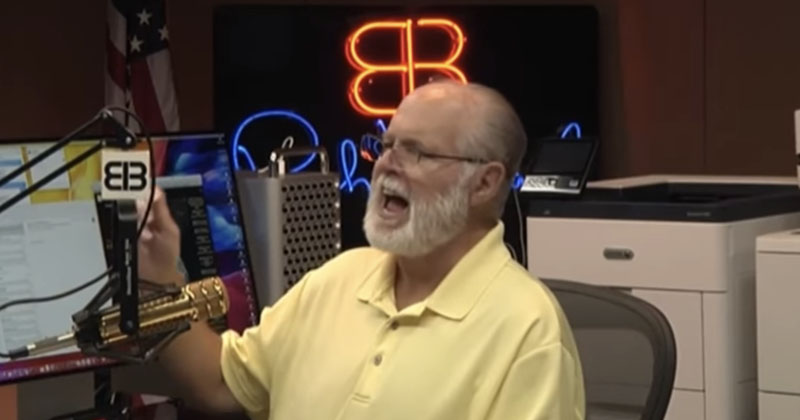 Conservative radio icon Rush Limbaugh laid into the media for their hysterical wall-to-wall coronavirus coverage, specifically their narrative that U.S. hospitals are completely inundated with sick and dying patients.

Rush questioned the media’s portrayal of hospitals being crippled with an influx of coronavirus patients as numerous conflicting videos have surfaced challenging that narrative.

“One of the things that interests me is the hospitalization numbers,” Rush said during radio show Tuesday. “Because if you look at Drudge, if you look at the Drive-By Media, you’d believe there is not a single hospital bed in this country.”

“You’ve been led to believe that every hospital’s overflowing, that dead bodies are in body bags and refrigerated trucks that are being packed off to landfills. Some of the most incredible reporting I’ve ever seen: It is in New York. It is in Washington, D.C., Maryland, the Eastern Seaboard states, that there’s not a hospital bed around, that the hospitals are overflowing.”

Eager to get to the bottom of the manic reporting, Rush pulled up the hospitalization numbers for Palm Beach County, Florida, where he lives.

“I wanted to find out what the hospitalization rates were here in Palm Beach County because we’ve been shut down like everybody else has,” Rush said.

“Total cases in Palm Beach County: 514,” he continued. “Total deaths: 11. Hospitalizations: 57. Does that strike you as a large number? Of 514 cases, 57 hospitalizations. That sounds like a small number to me.”

“Why aren’t the hospitalization numbers being reported to us? If you go to New York, a field hospital is being built in Central Park. We’ve got the Mercy ship that floated in there. They’re clearly trying to create the impression that we don’t have any hospitals,” Rush said.

Notably, CBS was recently caught broadcasting fake news, trying to pass off footage from the “worst hit” hospital in Italy as footage for NYC hospitals.

The public’s suspicion of the media’s doomsday coverage of hospitals prompted the hashtag #FilmYourHospital to go viral as individuals from across the country shared videos of their own local hospitals, many of which appeared LESS crowded than usual despite the coronavirus hype.

Robert Barnes joins Alex Jones in-studio to break down CBS getting caught using footage from Italy to fake a need for action in NYC.