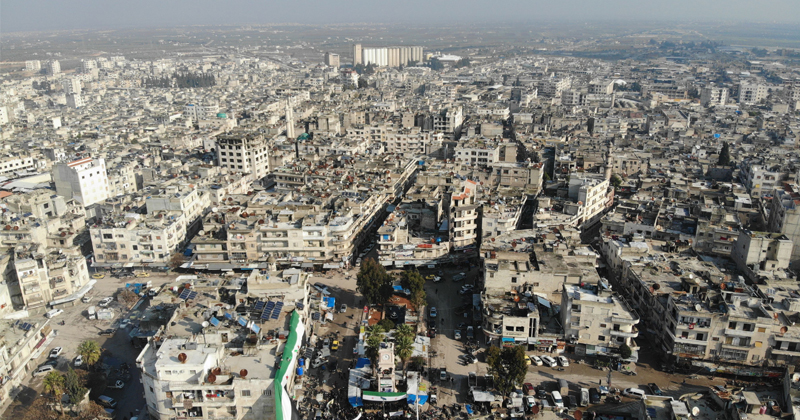 With all eyes on Iran and Iraq, and with the potential for a near-future US troop withdrawal from Iraq looming, the media has largely moved on from the other great festering problem which at any time could again become ground zero for full-blown international proxy war: Idlib province.

Following a month-long major Russian-Syrian offensive against jihadists in Idlib, which has witnessed hundreds of aerial bombings and the exit of tens of thousands of civilians toward Turkey (and according to both UN figures and Erdogan this is over 250,000), Moscow and Ankara have announced a new ceasefire agreement for the contested northwest Syrian province.

“According to the agreements with the Turkish side, the ceasefire regime was introduced in the Idlib de-escalation zone starting from 14:00 Moscow time (11:00 GMT) on January 9, 2020,” Russian Major-General Yury Borenkov announced Thursday. This has reportedly resulted in a “paused” Syrian Army offensive, which is to allow in humanitarian aid.

However, the key to any potentially lasting or significant pause in fighting relates to Hayat Tahrir al-Sham’s (HTS) acceptance. The al-Qaeda group issued no initial comment on the Russian announcement.

The new ceasefire is part of a broader attempt by Turkey, Russia, and Iran to “de-escalate” the war in Idlib, also following pressure and threats out of Washington over the Syrian national offensive to liberate the territory from terrorists. Past attempts at any lasting ceasefire have witnessed sporadic mortar and missile attacks launched by al-Qaeda forces in areas south of Idlib, resulting in renewed Syrian Army operations to root out the insurgency.

Additionally, Moscow is engaged in broader efforts to ‘normalize’ Assad’s standing at the UN and among the so-called international community. As for Turkey, President Erdogan has lately voiced the impossibility of his country potentially absorbing millions more refugees from the Idlib war fallout while also repeating his well-known ‘blackmail’ threats to ‘open the gates’ of Syrian refugees on Europe.

As Al Jazeera reports, “Turkey has been pushing and calling for the ceasefire, in part because it is already under enormous strain from the influx of Syrian refugees already within its border.”

Prior attempts and Russia-Turkey brokered pauses or ceasefires in and around Idlib have been very short-lived, also given Syria’s Assad has vowed to restore every inch of natural Syria to Damascus authority.