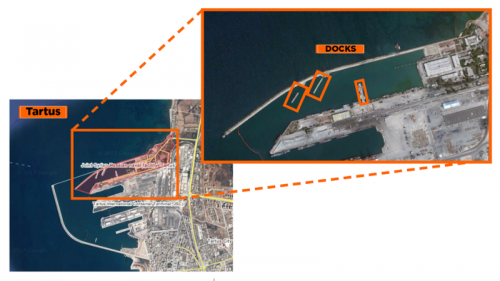 Russia’s defense ministry has announced it is now in the process of establishing two permanent military bases in war-torn Syria after President Putin authorized prior deals with the Syrian government to move forward.

Though Russia maintains merely up to ten military bases on foreign soil, the installations in Tartus and Khmeimim will be the most strategically located, allowing for a growing and permanent Russian presence on the Mediterranean, something which has already raised eyebrows in the West.

Though Putin formally announced the planned withdrawal of Russian forces from active operations in Syria in early December, there were parallel plans going back to at least early summer to maintain a smaller permanent presence based on an agreement with the Damascus government to host Russian forces for at least 49 more years, which includes the option of being prolonged further. Personnel and military hardware will be stationed at permanent Russian bases in Tartus and Khmeimim – both of which are on or near the Mediterranean.

According to Russian media reports, Defense Minister Sergey Shoigu stated at a ministry meeting on Tuesday, “We have started the process of formation of our permanent forces [in Syria].” Though Tartus has operated as a Russian naval port since 1971 (referred to as a Material-Technical Support Point and not a “base”) and was until recently minimally staffed mostly by civilian contractors, it will reportedly undergo a massive transformation and expansion, which is to include the capability of hosting nuclear-powered ships.

Notably, though mainstream media is currently reporting the permanent Russian military presence as something “new” and dangerous in terms of an enduring Russian footprint in the Middle East, the Russian military relationship with Baathist Syria goes back decades into the Soveit era with the Tartus facility having been long key to Russian naval movements in the Mediterranean.

According a summary of the planned expansion in RT News:

Under the agreement with Syria, the future base would be allowed to host up to 11 Russian warships, including those with a nuclear power plant. At the moment there is only one Russian nuclear-propelled military surface ship, the 24,000-ton battlecruiser ‘Pyotr Velikiy’, although Russia will soon have a nuclear icebreaker – albeit which is unlikely to be given a mission in the Mediterranean – while a brand new Lider-class destroyer project is at the design stage.

Khmeimim is located near Latakia – the major northwest Syrian city on the Mediterranean, and was built adjacent to the civilian Bassel Al-Assad International Airport to serve as “the strategic center of Russia’s military operation against Islamic State.” It has primarily served as an airbase and prime troop logistical support location out of which Russian sorties have been flown since 2015, which ultimately served to overwhelmingly shift the momentum of the war in favor of the Assad government, which has now taken about 90% of all territory formerly held by terrorists, though the future of the country’s northeast – held by the Kurdish dominated and US-backed SDF remains to be seen.

Meanwhile as plans for the permanent bases have been confirmed, Russia says that the bulk of its forces in Syria have already been reduced, though this is currently being contested by both the Pentagon and Syrian opposition groups, who say Russian airstrikes and operations have actually been on the increase of late. On Wednesday the Russian Ministry of Defense (MoD) stated that over 48,000 Russian military personnel were deployed to Syria between 2015 and 2017, and that at least half of this number have been withdrawn after Vladimir Putin’s visit to the Khmeimim Military Airport earlier this month. And according to a previous statement from the Russian MoD, their forces claimed to help eliminate more than 62,000 militants during their two years inside the country.

However, the Pentagon remains predictably skeptical of Russian effectiveness against ISIS and other terrorists, with the US recently claiming that it alone is responsible for the defeat of the terror group, which resulted in Moscow pushing back against such claims. Washington hawks are likely to argue that Russian permanent bases in Syria are justification enough for the Pentagon to perpetually maintain its own more than dozen small military bases in the country’s north and northeast.

At the same time from the Russian perspective, American policy as well as that of major regional US allies like Israel have been aggressive and erratic, and appear to still include regime change as a long-term policy goal in Syria. An equally long-term Russian military presence will allow Moscow to immediately deploy or build-up its forces in Syria should Damascus come under direct threat from external countries at any point in the near or distant future.