The Russian parliament has approved a law on pedophilia in a first reading. From now on people found guilty of sex crimes against children under the age of 14 will face chemical castration, while repeat offenders face a life sentence.

According to the new law, the decision on a convict’s obligatory chemical castration will be made through a forensic psychiatrist’s report requested by the court, which may ultimately turn to other medical measures, MP Dmitry Vyatkin explained to Itar-TASS.

“It would be unwise to limit the medical measures to just castration, as in some cases it may not help,” Vyatkin said.

At the same time, some of the convicts may ask for voluntary chemical castration, even if the victim was over 14. This may help them get parole if they are already serving a sentence, or a more lenient sentence if they are still being tried. However, in the latter case the final decision will be up to the court.

The law also banned suspended and deferred sentences for those found guilty of sex crimes against a child under the age of 14. And from now on they can ask for parole only after serving at least 80 per cent of their sentence.

The new law comes amid increased concerns over sexual transgressions against minors in Russian society.

A staggering 1,300 Russian children suffered from sexual crime involving violence in 2008 and another 5,233 from non-violent sexual crimes, according to Anton Belyakov, an MP for the loyalist A Just Russia party. Belyakov was among those calling for more severe punishments for pedophiles, as some 97% repeat their offenses after being released.

United Russia MP Tatyana Yakovleva claims the number of sexual crimes against the underage has increased twentyfold since 2005.

“Pedophiles are sick and dangerous people who will never be full members of society, and this is why our goal is to protect healthy people, our children, who have their whole lives ahead of them,” Belyakov told RIA Novosti.

Previous laws on sex crimes against juveniles were more lenient, with the toughest sentence being an 8-15-year prison term.

And, as actual legal practice shows, many pedophiles received terms of 3-4 years through plea-bargaining.

Hormones to the rescue

The procedure of chemical castration is carried out using the drug Depo-Provera, which contains synthetic progesterone.

The female hormone progesterone lowers the levels of its male counterpart – testosterone, the hormone responsible for sexual desire, effectively reducing the latter.

The scientific community has no agreement over the drug’s ability to inhibit a pedophile’s desire to abuse a child, while its side effects include depression, fatigue, diabetes, and blood clots, which, of course, are not part of the sentence.
This story was originally posted on Russia Today. 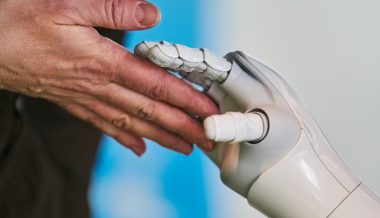