In the run-up to his coming election, the perennial Russian leader lays out his political vision and a case for the preeminence of Russia as a world power 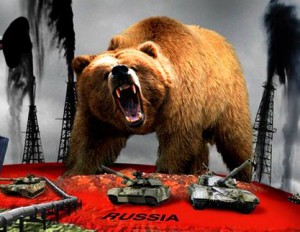 On March 4, the people of Russia will be going to the polls to elect a president of the country. Extensive discussions are currently underway across society.

I consider it necessary to state my position on a number of issues which seem to be important in this broader debate: the risks and challenges Russia will, inevitably, encounter. The position we must take in global politics and the world economy. Will we follow the course of events or take a role in setting the rules of the game? What resources will help us to strengthen our positions and, I stress, ensure stable development? The kind of development that is a world away from stagnation. Because, in the modern world, stability is an asset that can only be secured and earned through persistent effort, by being open to change and being ready to carry through developed, well thought-out, considered reforms.

A recurring problem in Russian history has been the elites’ desire to achieve sudden change, a revolution rather than sustained development. Meanwhile, both Russian and global experience demonstrates how harmful these sudden historical jolts can be: jumping the gun, destroying – not creating.

This is balanced by a different trend, a diametrically opposed challenge -in the form of a certain inclination to inertia, dependency, the elites’ uncompetitiveness and high levels of corruption. And in every case these “rebels” turn into the “smug upper classes” before our very eyes, resisting any change and fervently protecting their status and privileges. Or we witness the reverse process – as the established elites become rebels.

Consequently, politics and policies are short-termist and limited by issues involving the current preservation or re-division of authority and property.

This situation has historically resulted from weak public control over policymakers in Russia, its underdeveloped civil society. Things are gradually improving there, but only very slowly as yet. There can be no real democracy until politics is embraced by the majority of the population, until it reflects the interests of this majority. True, it is possible to win over a considerable part of society for a short time with catchy slogans and visions of a brighter future; but if people later simply cannot picture themselves in this future – they will turn away from politics and social challenges for a long time to come. This has happened time and again in our history.

Today people talk about different ways to reinvigorate the political process. But what is up for discussion? How state power should be structured? Handing it to the “better people”? But what next? What then?

I am worried that there is virtually no broader discussion of what should be done beyond the elections, after the elections. To my mind, this is not in the national interests; it is not in the interests of the quality of society’s development, the standard of education and levels of responsibility.

I think Russians should be able to discuss not only the advantages and disadvantages of individual politicians, which is clearly in itself no bad thing, but also the actual content of the policies and programs which various political leaders intend to implement. The challenges and goals which must be at the forefront of these programs. How we can improve our life and make our social system more just.

What avenues of social and economic development we should favor.

We need a broad dialogue – about the future, about priorities, long-term choices, national development and national prospects. This article is an invitation to join just such a dialogue.