Former U.S. Attorney Rod Rosenstein, who allegedly helped cover-up a bribery scandal involving the sale of U.S. uranium reserves to Russia, could end up investigating himself.

Rosenstein was on the CFIUS committee that approved the sale despite knowing that, as The Hill reported, “Russian nuclear officials were engaged in a racketeering scheme involving bribes, kickbacks and money laundering,” that also ensnared the Clinton Foundation.

After the Senate Judiciary Committee announced its intention to launch a full scale investigation, Senator Charles Grassley asked Attorney General Jeff Sessions today if Rosenstein, as Deputy Attorney General, would be allowed to investigate himself.

“I don’t think it would be proper for him to supervise a review of his own conduct, do you?” asked Grassley.

“It would be his decision,” responded Sessions.

Sessions’ bizarre comments prompted some to ask if the Attorney General had been compromised.

“Attorney General Jeff Sessions is compromised. He has to be,” wrote Jim Hoft.

“Deep State has something on him and the Attorney General is acting irrationally.”

Meanwhile, The Hill has dropped another bombshell development on the story with the revelation that an American businessman who worked undercover as an FBI confidential witness was blocked by Obama’s DOJ from telling Congress about potential bribery he observed during the uranium deal.

As we reported earlier, some are calling on both Robert Mueller and Rod Rosenstein to resign from the investigation into Russian collusion with the Trump administration given their alleged role in overseeing actual collusion between the Russians, the Obama administration and the Clinton Foundation. 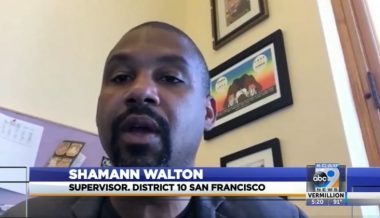