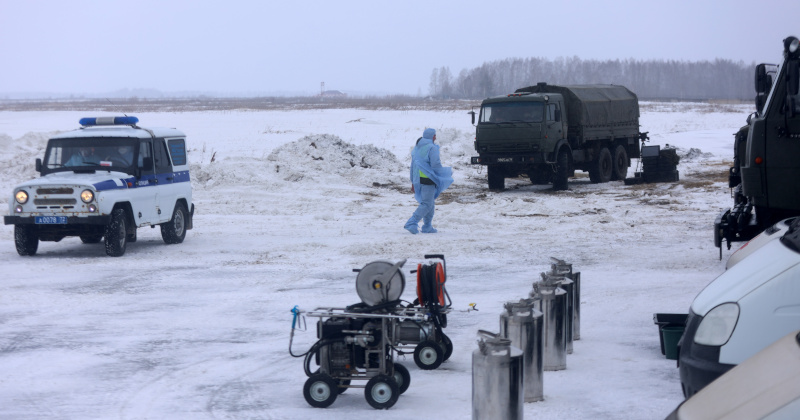 The Russian Air Force on orders from President Vladimir Putin is currently in the midst of evacuating some over 150 Russian nationals from China and sending them to be “monitored” for coronavirus symptoms in a region of Western Siberia.

“Russian citizens and people from other countries evacuated from China will be temporarily accommodated in the Tyumen Region where they will be placed under quarantine, Russian Deputy Prime Minister Tatyana Golikova told reporters on Tuesday,” official news agency TASS reports.

This also after the first two cases of coronavirus in Russia were confirmed last Friday. Two Chinese nationals have already been quarantined in Tyumen and the far eastern Zabaykalsky region, and are expected to recover.

Tyumen Region is in Western Siberia, and was among the first regions of the harsh and remote eastern areas of Russia to be settled starting in the 16th century. During pre-revolutionary Russia and into Soviet times, the region historically served as a place of exile, including as part of the gulag system of labor camps in the north.

Some 147 people will be flown by the Russian Air Force from Wuhan and Hubei Province to the Tyumen area where they are expected to be monitored by medical authorities for at least 14 days.

“We are preparing ourselves for a possible wide spread of the infection,” Deputy Health Minister Sergei Krayevoy said, according to the Interfax news agency.

…Two Russian military planes were due to help evacuate 130 Russians stranded at the epicentre of the outbreak in China’s Hubei province, officials said. — Reuters

Russian authorities over the weekend restricted direct flights to China and shut the massive land border with China, which extends for 2,600 miles, which will no doubt have significant economic impact for both countries, given China remains Russia’s largest and most important trading partner.

“Our citizens as well as citizens of the Eurasian Economic Union and Ukraine will be accommodated in the Tyumen Region as the best prepared region where they will be placed under quarantine,” Deputy Prime Minister Golikova said in her statement Tuesday.

She indicated further that an evacuee list is still being finalized between the foreign ministry, the Russian Embassy in China, and the Chinese government.

On Monday, Russia’s Federal Service for Supervision of Consumer Rights Protection and Human Well-Being (Rospotrebnadzor) revealed that more than 4,000 total people who had contacts with suspected coronavirus infected individuals remain under medical supervision in Russia.

“Since December 31, Rospotrebnadzor examined 29,651 flights, and 1,627,142 people, discovered 379 people with diseases, who previously were in China for 14 days. Currently, more than 4,000 people who contacted with suspected coronavirus patients remain under medical supervision,” an official statement from the health agency said.