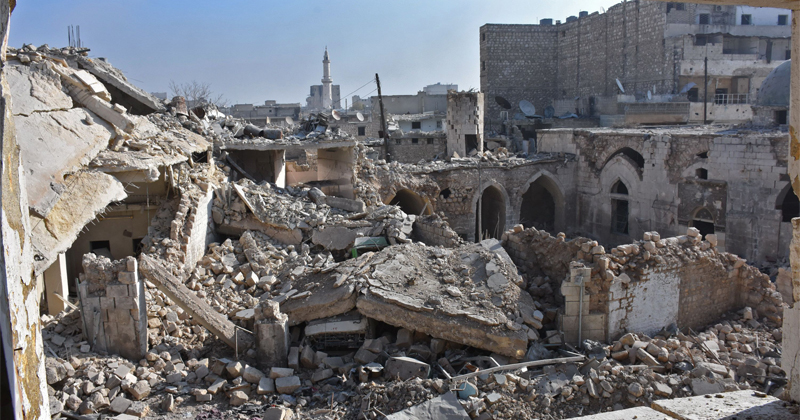 The UN Commission of Inquiry on Syria relied on unverifiable third-hand sources and is obsessed with blaming Damascus, Russian Foreign Minister Sergey Lavrov said after the Syrian government was accused of ‘war crimes’ in Idlib.

“This so-called independent commission uses facts drawn from social networks and from some sources that have asked to remain anonymous, citing security concerns,” Lavrov said on Wednesday. He was commenting on the findings of three UN officials, who never bothered actually visiting the war-torn province.

While the Russian Foreign Ministry seeks to address the Syrian conflict, or any other, on the basis of established facts by responsible sources, the Syria Commission of Inquiry cannot vouchsafe for its claims, “as has already been proven more than once,” Lavrov added.

Its mission amounts to “seeking out compromising materials on Damascus and those they call its allies.”

On Tuesday, the three-person commission published a report which was requested last month by the UN Human Rights Council. It claimed that “pro-government forces and UN-designated terrorists flagrantly violated the laws of war and the rights of Syrian civilians,” according to its chair Paulo Pinheiro.

The group accused the Syrian government and the Russian expeditionary force of “widespread and indiscriminate bombardment” of areas held by “armed groups” in Idlib, which they say forced civilians to flee into the hands of terrorists.

However, the commission also said that Hayat Tahrir al-Sham (HTS) – the Al-Qaeda affiliate better known by its former name the Al-Nusra Front – then “pillaged” the homes of those same civilians and “detained, tortured, and executed civilians expressing dissenting opinions, including journalists.”

The province of Idlib in northwestern Syria is the last remaining bastion of militants that once sought to overthrow the government of President Bashar Assad, with the backing of Turkey, Saudi Arabia and the US.