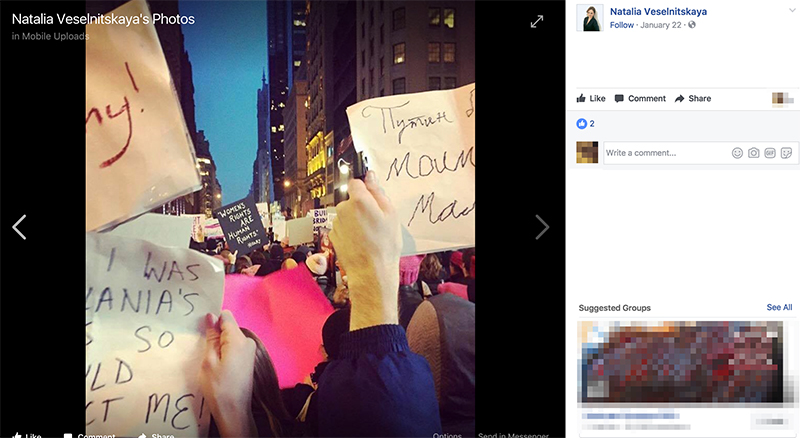 The Russian lawyer at the center of the Donald Trump Jr. controversy posted photos from anti-Trump rallies held after the presidential inauguration, suggesting the woman may be a Democrat operative.

According to photos on Natalia Veselnitskaya’s Facebook, the Russian lawyer – who claims she has no ties to the Kremlin – attended the Soros-funded Women’s March in Chicago the day after President Donald Trump’s inauguration. 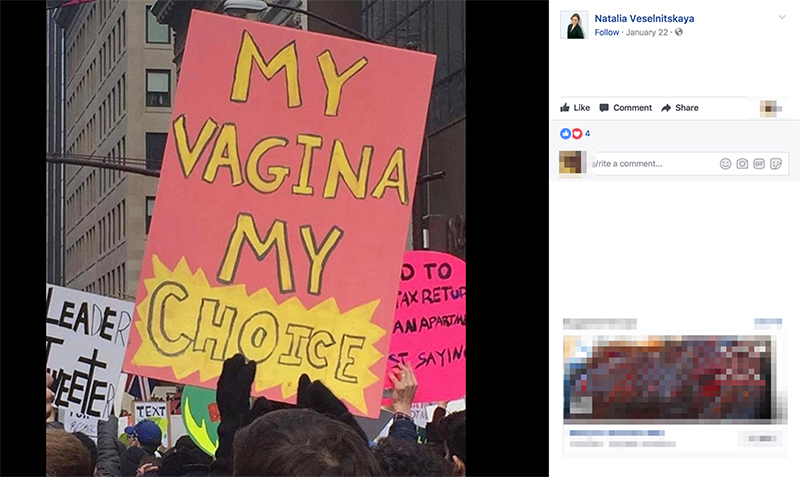 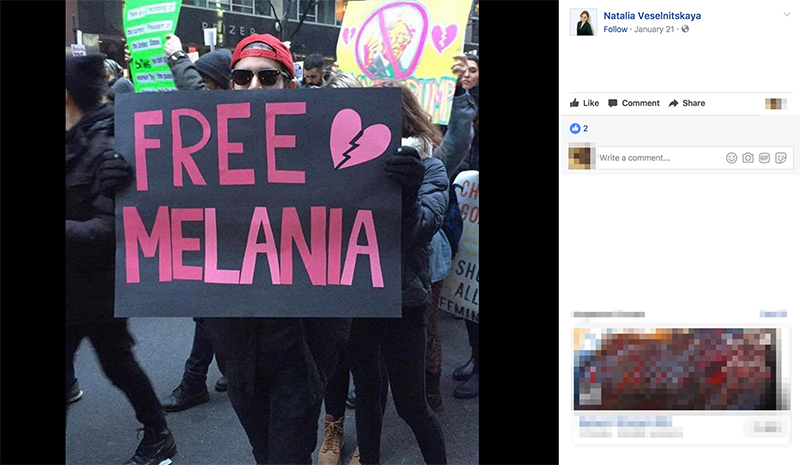 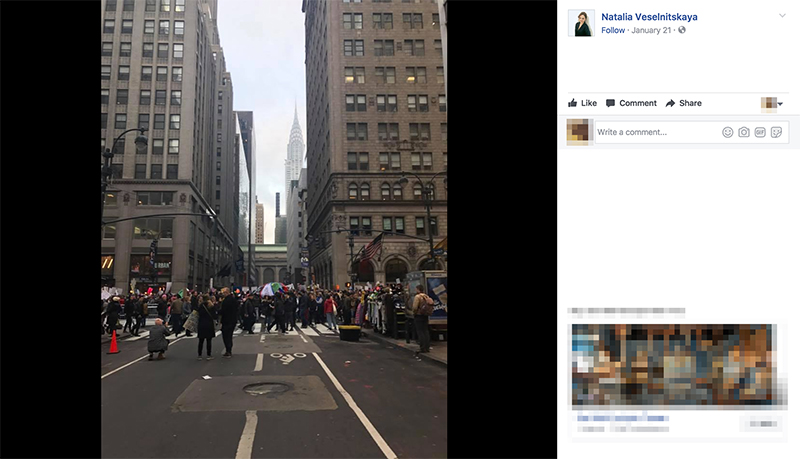 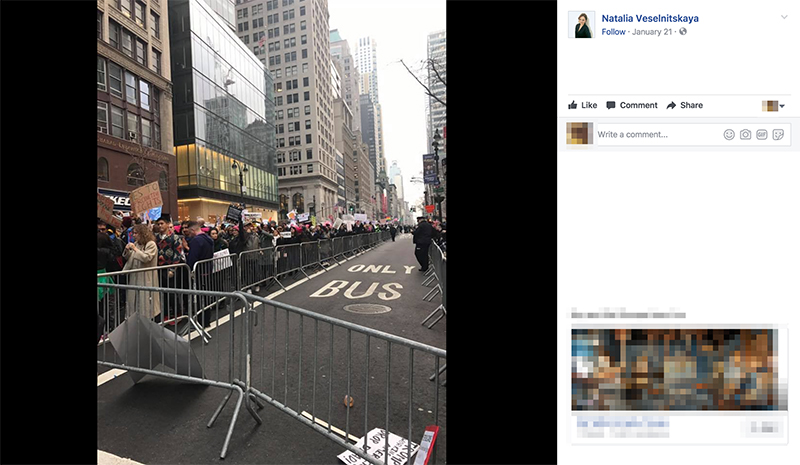 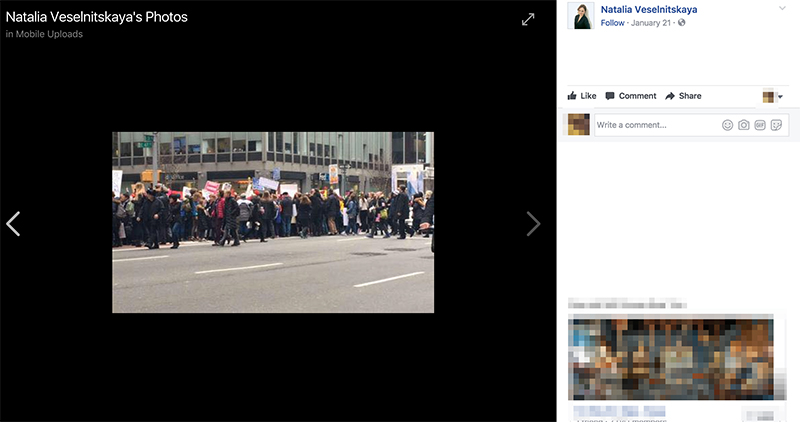 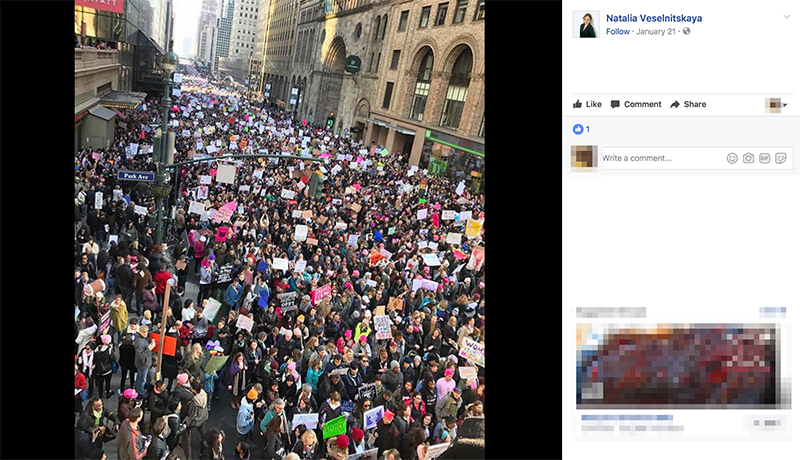 A photo has also emerged of Veselnitskaya sitting behind Obama’s Ambassador to Russia, Michael McFaul, at a Foreign Affairs Committee hearing eight days after her meeting with Donald Jr.

McFaul has been a notable never-Trumper obstructionist who has long entertained and fueled the theory of Trump-Russia collusion, despite a strong lack of evidence.

Seated next to Veselnitskaya is Emin Algaraov, one of the Russians who set up Trump Jr’s meeting with the Russian lawyer.

Veselnitskaya’s proximity to Obama’s Russian ambassador is questionable given her recent testimony to NBC News that she has no ties to the Russian government.

The lawyer has also been tied to Fusion GPS, the firm behind the infamous and discredited “pissgate” dossier.

Evidence is mounting the Russian lawyer may have been a honey pot set in place to trip up the Trump campaign.

“Was Veselnitskaya part of a ruse to entrap Don Jr. in an embarrassing situation that could later be used to implicate him as having colluded with Russia?” asks Infowars editor Paul Joseph Watson.

Veselnitskaya met with Donald Jr. during the 2016 presidential election campaign after a promise to deliver damaging opposition research that would prove Hillary Clinton’s collusion with the Russian government.

Donald Jr. has admitted no such research was obtained and that the meeting was essentially fruitless.